Stock prices up ahead of House vote on concealed carry reciprocity 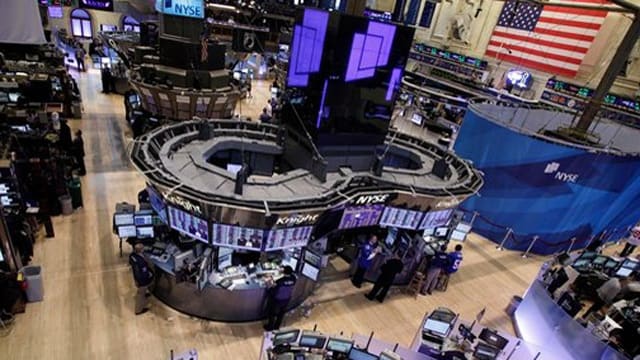 An impending vote on concealed carry reciprocity may have bumped share prices for major gun makers up 3 percent this week.

The market reaction follows chatter on Capitol Hill over H.R. 38, the Concealed Carry Reciprocity Act of 2017, as it winds its way through committee in preparation for a floor vote later this week. Lawmakers will likely amend portions of the Fix NICS Act into the measure in an attempt to bring Democrats on board, Guns.com previously reported.

The system came under scrutiny last month after a man gunned down 26 people in a Texas church with a rifle he bought legally — despite his domestic assault convictions and bad conduct discharge from the Air Force three years earlier. Military officials admitted failing to report the shooter’s criminal record to the FBI — an endemic problem dating back two decades. A review of Department of Justice records in 1997 and 2015 found roughly one third of service members’ criminal convictions were missing from federal databases.

“Does the NICS background check system have problems? Yes, it results in tens of thousands of unjustified denials of gun purchases every year. But like many bills in Congress, the fix-NICS doesn’t live up to its name – it will likely do the opposite,” said Kentucky Republican Rep. Thomas Massie. “It throws millions of dollars at a faulty program and it will result in more law-abiding citizens being deprived of their right to keep and bear arms.”

Meanwhile, the upswing in market conditions continues a string of good news for gun makers and outdoor retailers after a long year of double digit losses. The industry received a welcome infusion of demand last month when background check applications exceeded 200,000 on Black Friday — the busiest day in NICS two-decade history, according to the FBI.

NICS checks serve as a proxy measure for gun sales, though the measurement isn’t exact.

The numbers reflect an industry still re-calibrating under “a new normal.” President Trump’s victory stunned gun makers and retailers alike, many of whom amassed inventory in preparation for a Democratic electoral sweep and the heightened demand it would bring.

Instead, prices tanked as dealers tried to unload product throughout the year. Background checks ebbed and flow more in line with historical trends — a steady sales uptick in winter followed by a bottoming-out out over the summer, resuscitated in the fall as hunting seasons kick-off.

The industry’s most profitable weeks — aside from short bursts of demand following mass shootings, terror attacks or congressional action — set in Black Friday and will extend throughout the holiday shopping season.