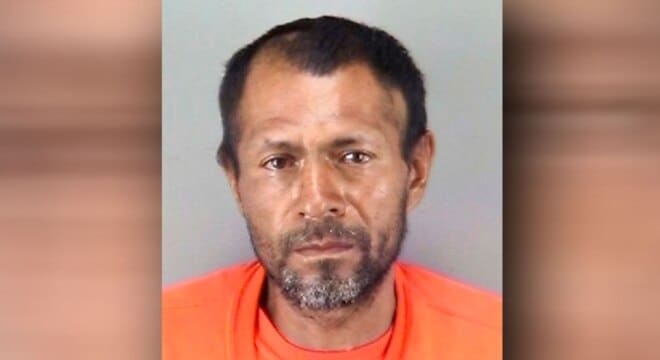 A federal grand jury on Tuesday handed down an indictment of Jose Ines Garcia Zarate for a pair of felony gun charges.

Garcia Zarate, currently in the San Francisco County Jail, was found not guilty last week of all homicide charges in the July 2015 death of Kate Steinle. Facing up to three years on a weapons conviction under California law, federal prosecutors announced the indictment this week on charges of being a felon in possession of a firearm and for being an illegally present alien in possession of a firearm, each carries punishments of up to 10 years in prison.

The Mexican national, listed by four aliases on his indictment, had at least seven felonies and five deportations under his belt and was the subject of a federal detainer order prior to Steinle’s death.

Prior to Tuesday’s charges, federal authorities were reportedly seeking to get custody of Garcia Zarate and ultimately deport him.

“When jurisdictions choose to return criminal aliens to the streets rather than turning them over to federal immigration authorities, they put the public’s safety at risk,” said U.S. Attorney General Jeff Sessions last week after the verdict in Garcia Zarate’s local case was announced. “San Francisco’s decision to protect criminal aliens led to the preventable and heartbreaking death of Kate Steinle.”