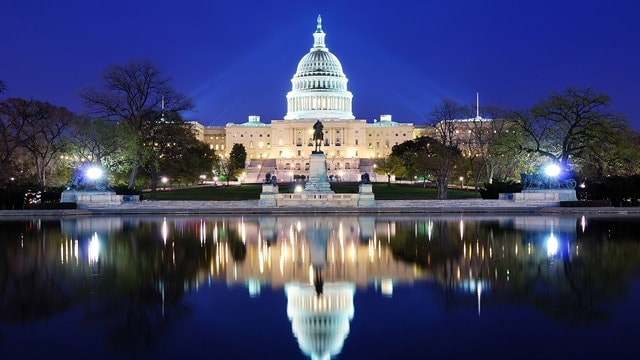 It’s the second significant spike in permit applications following city council’s Oct. 5 decision to drop its appeal in the ongoing legal battle of Wrenn v. District of Columbia. Two-thirds of the 217 residents who submitted to NICS checks in October also sought permits — the single biggest month for the city in FBI history, until now.

A U.S. District Court of Appeals panel said in October it would not reconsider the July 2-1 decision in Wrenn blocking enforcement of the city’s requirement that residents demonstrate “a good reason” for needing a concealed handgun permit. The ruling deemed parts of Washington’s permitting system — one of the toughest in the nation — unconstitutional. The Washington Post reported the city denied  77 percent of permit applications based on the “good reason” rule.

Officials said they backed away from the case amid fears a loss at the Supreme Court could further loosen gun regulations across the country — just as the landmark decision in District of Columbia v. Heller did a decade ago.

With or without the city’s appeal, however, gun rights activists secured a major victory Wednesday when the U.S. House of Representatives approved the Concealed Carry Reciprocity Act of 2017 on a vote of 231-198. The measure includes language from Senate Majority Whip John Cornyn’s proposal — called the Fix NICS Act — to bolster the federal background check system’s effectiveness through creating incentives for states and federal agencies that upload disqualifying criminal and mental health records.

Cornyn lamented earlier this week combining the two bills threatens the passage of his legislation. Fixing NICS remains a Capitol Hill talking point in the weeks since a former Airman gunned down 26 people at church in Sutherland Springs, Texas with a rifle his domestic assault convictions barred him from owning.

“Because the information had not been uploaded by the Air Force into the NICS background system, it simply wasn’t available to prevent him from purchasing these guns,” Cornyn said during a Senate Judiciary Committee meeting Wednesday. “It is simply unacceptable when you look across the United States Department of Defense, and the failure to upload this essential information, this required information, in the background check system. And I hope if anything good comes out of this tragedy, it will be that we finally fix, on a bipartisan basis, this broken background check system.”

It’s unclear if the Concealed Carry Reciprocity Act has enough Senate votes at this time.