Gun checks in Texas have busiest November yet 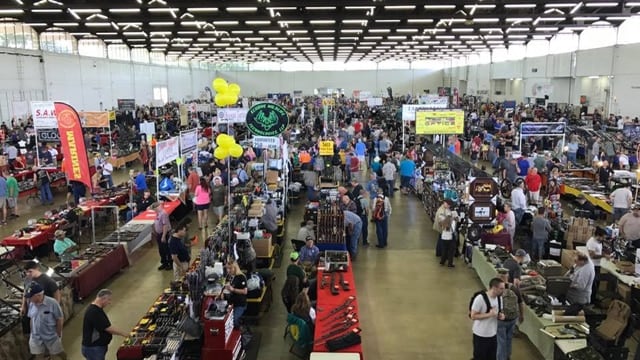 Texas submitted a record number of background checks in November, according to federal data.

Texas reported more than 163,000 applications to the National Instant Criminal Background Check System last month  — the busiest November on record for the Lonestar state since the federal government began keeping track in 1999.

It’s a 3.7 percent increase over 2016 — the busiest on record for gun checks, and by proxy, sales, in NICS history. Closer examination of the federal data shows concealed handgun licences drove the spike in checks, skyrocketing 43 percent over last year alone. By comparison, handguns increased 1.8 percent and long guns declined by 8 percent.

The increase, in part, follows a predictable sales pattern that kicks into high gear after Thanksgiving. Black Friday marks the beginning of the gun industry’s historically most profitable season, boosting background checks across the majority of the nation. This year proved no different with dealers submitting more than 203,000 checks on Nov. 24 — the single busiest day ever for NICS.

Texas, however, reignited fervor on Capitol Hill for new gun laws after a former Airman murdered 26 people at a church in Sutherland Springs — about 35 miles southeast of San Antonio — with a rifle his criminal convictions disqualified him from owning.

In the days after the shooting, Air Force officials admitted never submitting the gunman’s 2012 domestic assault convictions — for which he was court-martialed, jailed and discharged — to the appropriate law enforcement agencies, an endemic problem dating back two decades. A review of Department of Justice records in 1997 and 2015 found roughly one third of service members’ criminal convictions were missing from federal databases.

It’s unclear if the hybrid measure will win Senate support. Cornyn said conflating the two bills would be a “mistake” and jeopardize the passage of his proposal.

Dealers processed more than 2.3 million applications through NICS in November — a 17 percent increase over October. Estimated gun sales — the sum total of transfers in the NICS’s handgun, long gun, multiple and other categories — exceeded 1.3 million, representing a 30 percent spike in just one month.

Background checks serve as a proxy measure for gun sales, however, the measurement isn’t perfect. Applications for concealed carry permits, periodic rechecks for maintaining licenses and a slew of smaller categories for pawns,  redemptions, rentals and other rare situations undercut the total amount of checks processed in one month. Also, dealers submit one background check application per sale — not per gun purchased.