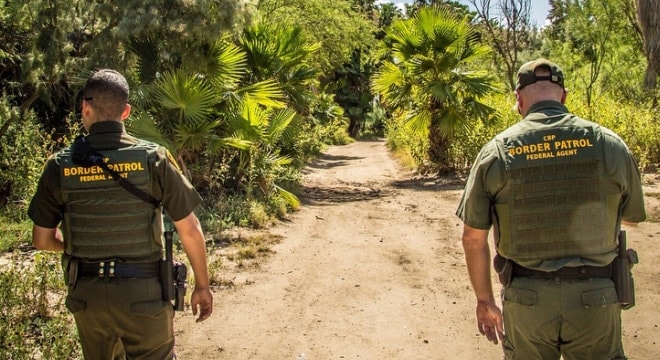 The shooting in a rural area near Arizona’s border with Mexico occurred last week after agents stopped a group of suspected aliens.

As noted in a statement from U.S. Customs and Border Protection, two agents stopped the group, later determined to be adult male Guatemalan nationals near the Baboquivari Mountain Range west of Three Points, Arizona.

“Two agents were following a group of suspected illegal aliens through a rugged and remote mountainous area in response to a sensor activation. Both agents encountered the group of men 21 miles north of the U.S./Mexico border,” said Chief Patrol Agent Rodolfo Karisch. “One of the subjects attacked an agent attempting to arrest him and gained control of the agent’s weapon. The other agent shot the subject in response.”

While one agent was reportedly treated for non-threatening injuries at a Tuscon hospital, the other three men in the group were arrested on immigration violations.

The shooting is being investigated by the Tohono O’odham Nation Police Department with support from the FBI, and CBP’s Office of Professional Responsibility.

The shooting is at least the second in the state this year involving Border Patrol, coming just four months after a gunfight in Quartzsite, Arizona with the suspect in that incident later dying of his injuries at an area hospital.