In the early hours of Dec. 7, 1941, an aging warship crewed by reservists fired on an unidentified submarine trying to creep into Pearl Harbor. That destroyer has now been found.

In conjunction with the Philippine National Museum, it was announced Wednesday that the privately funded research vessel Petrel has located the final resting place of the destroyer USS Ward in Ormoc Bay near the island of Leyte in the Philippines. Conducting survey operations in the area to discover and chart a number of famous shipwrecks of American and Japanese ships in the region, the Seattle-based ship has in the past located the wrecks of the cruiser USS Indianapolis and Japanese battleship Musashi.

In a statement issued through Paul Allen, who backed the expedition, Ward’s location was confirmed earlier this month and released this week for the anniversary of the attack on Pearl Harbor, where the destroyer played a pivotal role. 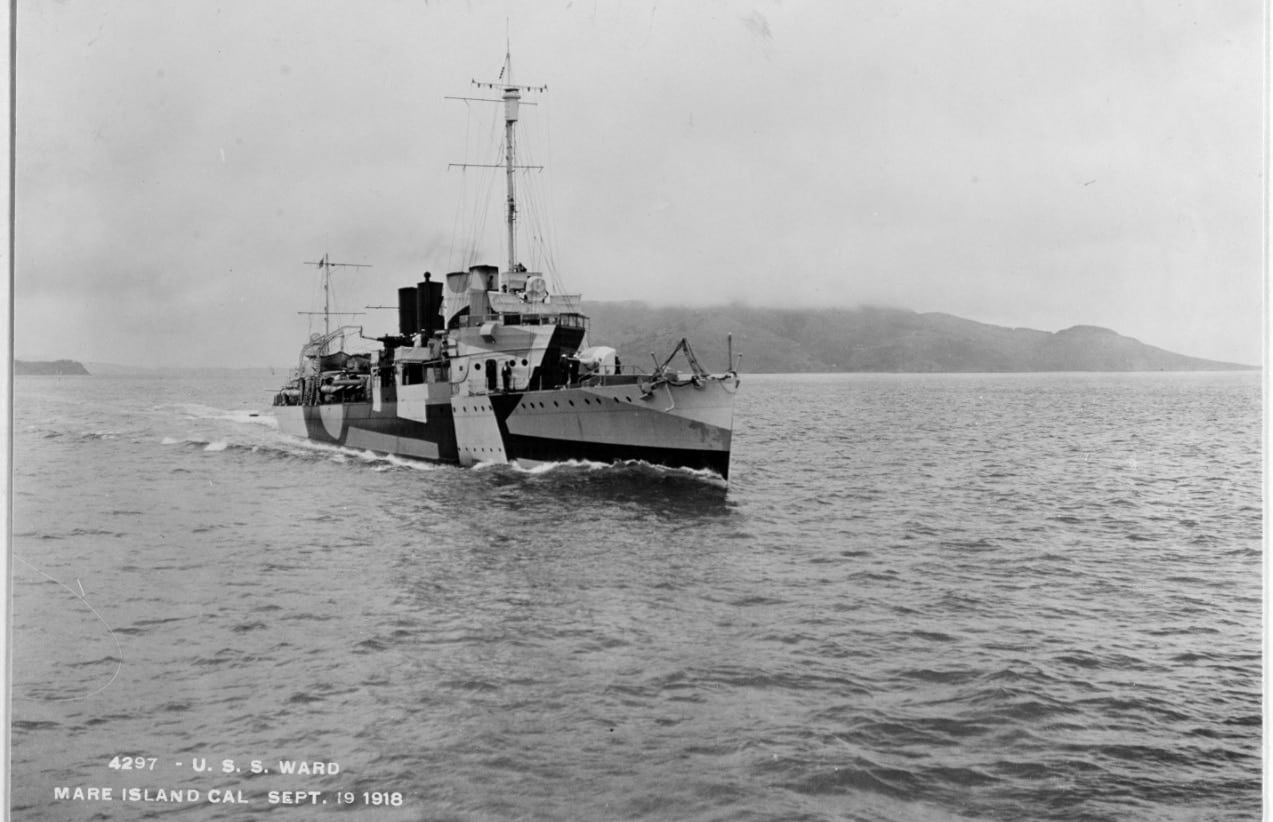 As detailed by the Naval History and Heritage Command, the Ward was a World War I-era Wickes-class destroyer not much larger than the super yachts of today. Bordering on obsolescence and manned almost entirely by reservists from Minnesota, she was on patrol off the entrance to Pearl Harbor just before the Japanese sneak attack.

Though officially at peace, Ward responded to a report of a periscope sighting in the area and, after a two-hour search, spotted the submarine attempting to enter Pearl Harbor by following a ship through the anti-submarine nets at the harbor entrance. Firing on the semi-submerged vessel with one of her 4-inch guns, she sank the mystery craft which was later confirmed to be a Japanese midget submarine tasked with firing her torpedoes at anchored U.S. battleships in the harbor once the main attack got underway.

As such, Ward fired what is considered the first American shot of World War II, which would kick off for the United States when Japanese carrier planes soared over Oahu later that sleepy Sunday morning.

“The USS Ward found herself in the crucible of American history at the intersection of a peacetime Navy and war footing,” said Adm. Scott Swift, commander of the U.S. Pacific Fleet, in a statement. “She took decisive, effective and unflinching action despite the uncertain waters. Now 76 years on, her example informs our naval posture.”

“A single four-inch diameter hole in the hull, just below the conning tower, marks the first shot fired in the Pacific War,” noted NOAA in this image of the conning tower of the mini-submarine sunk by the USS Ward. (Photo: University of Hawaiʻi/HURL)

Later converted to a high-speed transport, Ward was sunk by a Japanese kamikaze during the campaign to liberate the Philippines, ironically on Dec. 7, 1944, which brings us to her current location.

While her wreck is a war grave, there is a very tangible piece of the old veteran still in the states on current public display.

Though her “kill” wasn’t confirmed until 2002, Ward’s 4-inch gun used at Pearl Harbor was removed before she was sunk and, in a tribute to the St. Paul-area gun crew that manned it, has been fixture just west of the Veterans Service Building near the Minnesota State Capitol Mall. It is currently set for restoration to keep it in good shape for future generations.