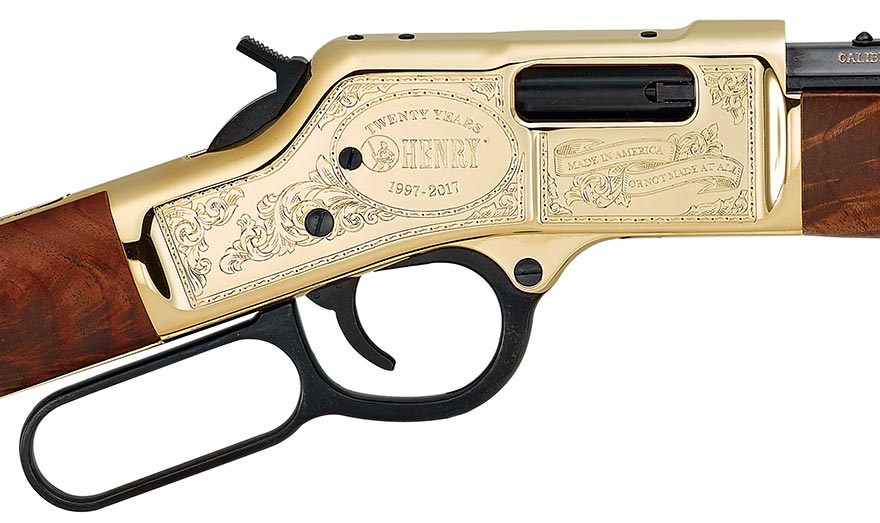 The rifle boast a hand-engraved brass receiver featuring Henry Arm’s motto, “Made in America or not made at all” paired with a presentation-grade, AAA American Walnut stock.

The first of the Big Boy auction guns, serialized 20Henry01, recently cleared over $25,000 with proceeds headed towards the Hunting Heritage Trust. The organization is directed at preserving hunting and shooting sports.

“I am beyond pleased that serial #1 was able to raise over $25,000 at auction. There was a bit of a bidding war at the end, and we’d like to congratulate and thank the winner for choosing to own such a special rifle,” Anthony Imperato, President of Henry Repeating Arms, said in a press release. “I think it surpassed everyone’s expectations, and it’s a good sign for what’s to come with the other 19 rifles in the series.”

Each rifle includes a special serial number with 20Henry02, 20henry03 and 20Henry04 now up for auction through Dec. 10. 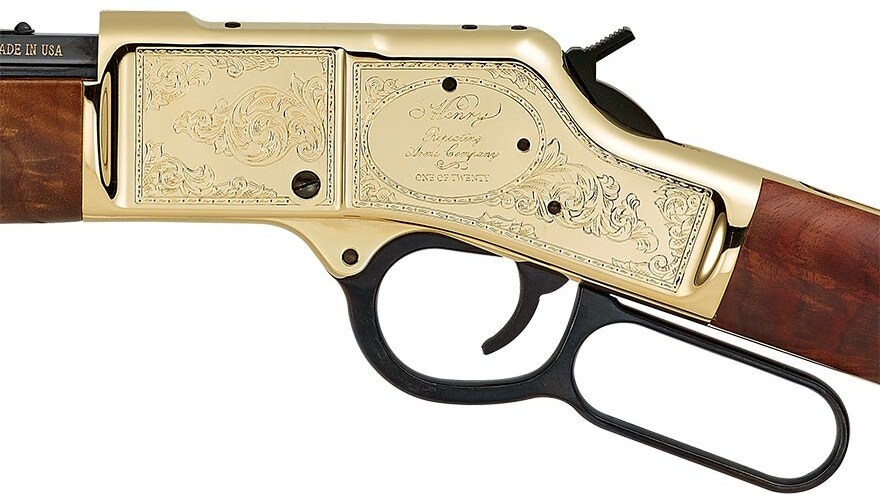