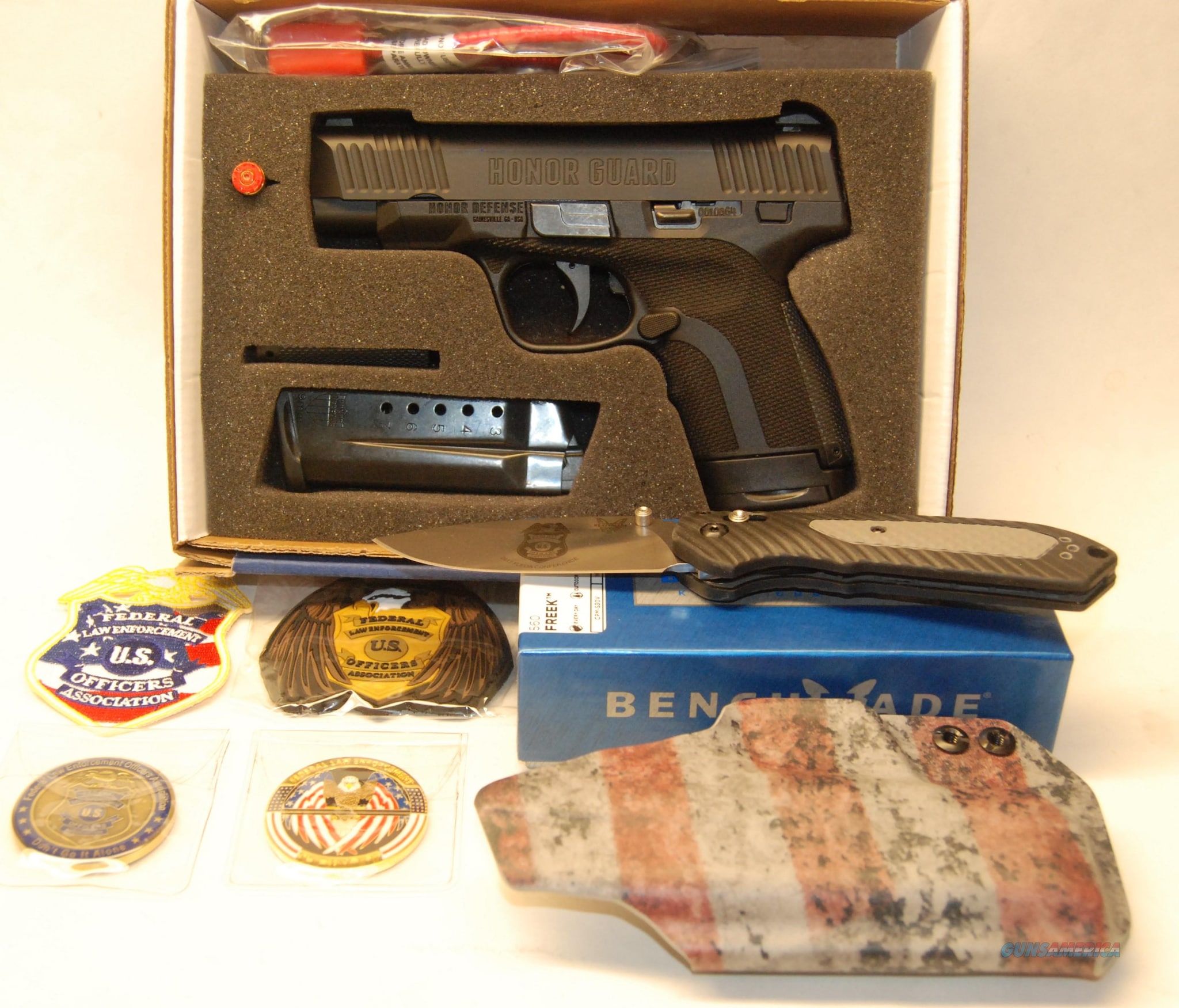 The full package up for auction to benefit the FLEOA. (Photo: Guns America)

Honor Defense’s flagship Honor Guard pistol is set to be auctioned off to support the Federal Law Enforcement Officers Association.

The pistol was originally donated for a IV8888 raffle, which was won by Forge Relations. Forge Relations took it upon itself to “pay it forward” offering to auction the gun off to support police.

Upon hearing about the good deed, Chestatee Firearms located in Georgia jumped in on the action, providing custom engraving on the gun, outfitting the pistol with the FLEOA logo emblazoned on the slide. In addition, Eclipse Holsters has donated a custom holster boasting the US flag. If that doesn’t wet the whistle, FLEO tops off the auction package with a custom Benchmade knife, challenge coins and patches.

Honor Defense’s President Gary Ramey said the company is honored to be included in the all inclusive package benefitting law enforcement.

“Honor Defense is privileged to support the Federal Law Enforcement Officers Association with this holiday season. Everyone involved in this effort wants to say thank you to law enforcement and ask that others do as well,” Ramey said in a statement.

Proceeds from the auction will go directly to FLEOA which represents more than 25,000 federal law enforcement officers from over 65 agencies.

The auction is set to run until Dec. 21 on Guns America.