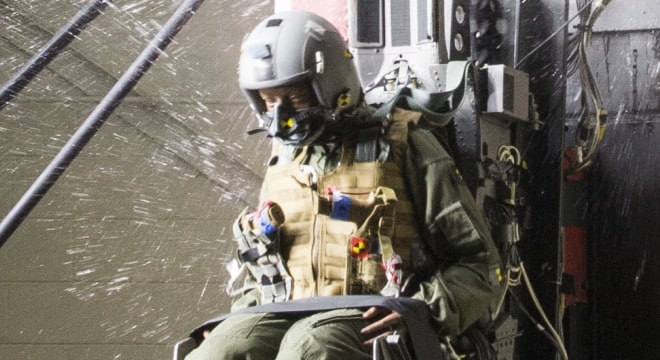 “This is the first time any service has conducted this type of demonstration to ensure a side arm is safe for aircrew to carry in ejection seat aircraft,” says the Air Force. (Photos: DoD)

The flying service is testing the new Modular Handgun System’s capability to resist damage during the demanding act of ejecting from a moving aircraft.

The Air Force released a number of images of the MHS contract winner, designated the M17 by the military, undergoing testing at a facility at Wright-Patterson Air Force Base, Ohio, earlier this month. The photos show a full-scale anthropomorphic dummy clad in a survival vest and flight gear strapped to a simulated stand-mounted ejection seat. On the dummy’s chest are a pair of M17 pistols, one oriented for a left-hand draw, another for a right, alternating flush-fit and extended magazines. 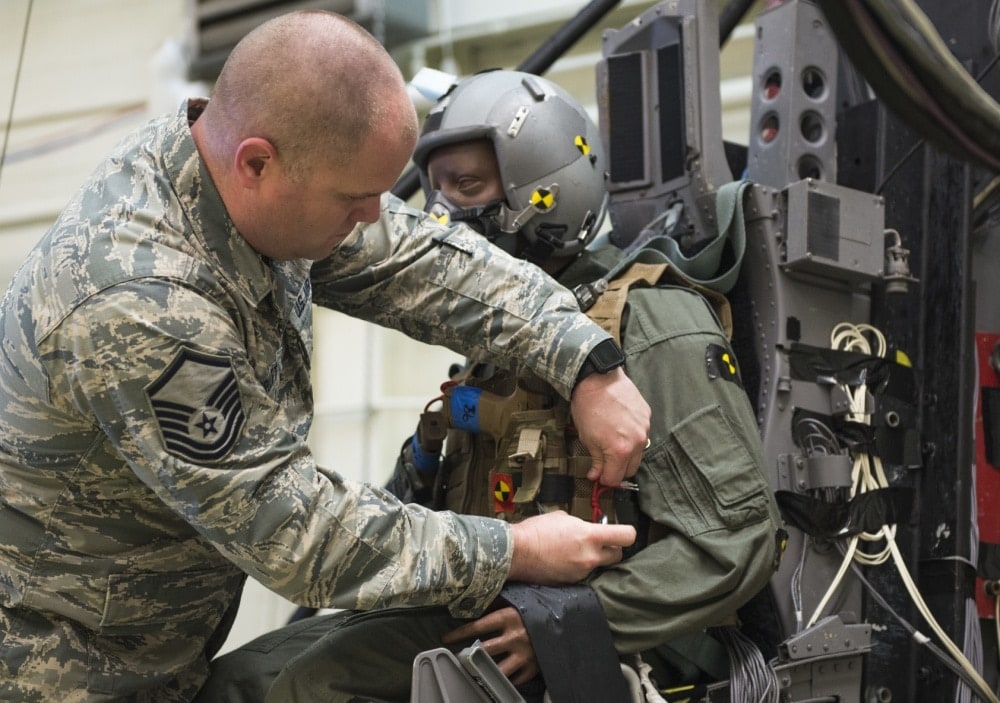 Additional imagery shows a senior NCO inspecting an empty shell casing for signs of the firing pin striking the primer as part of the test. 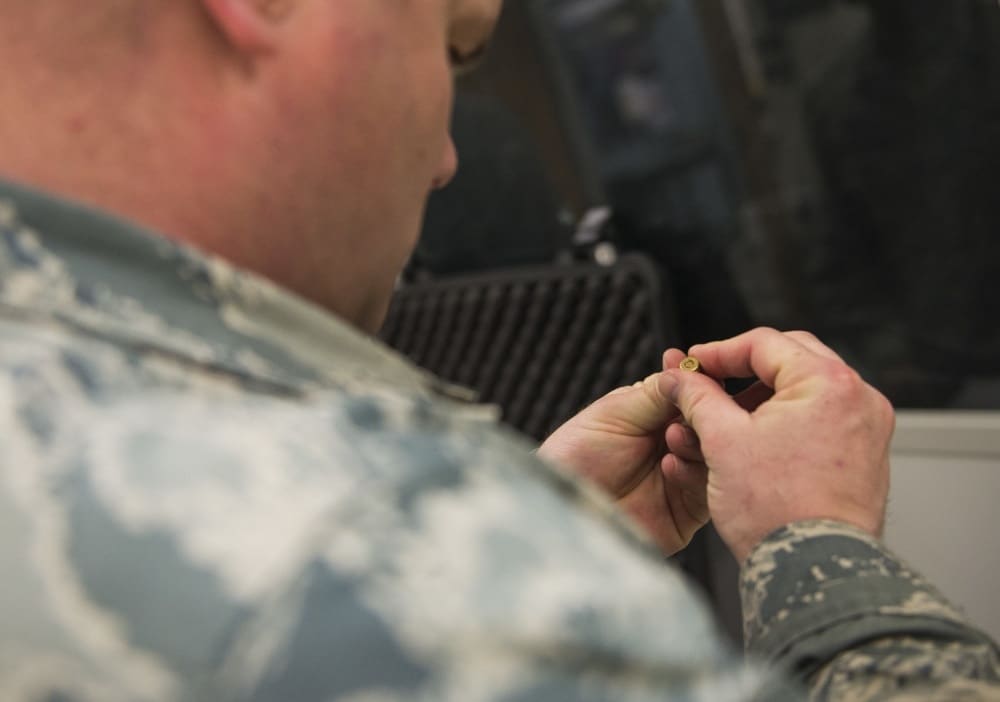 “This is the first time any service has conducted this type of demonstration to ensure a side arm is safe for aircrew to carry in ejection seat aircraft,” says the service. 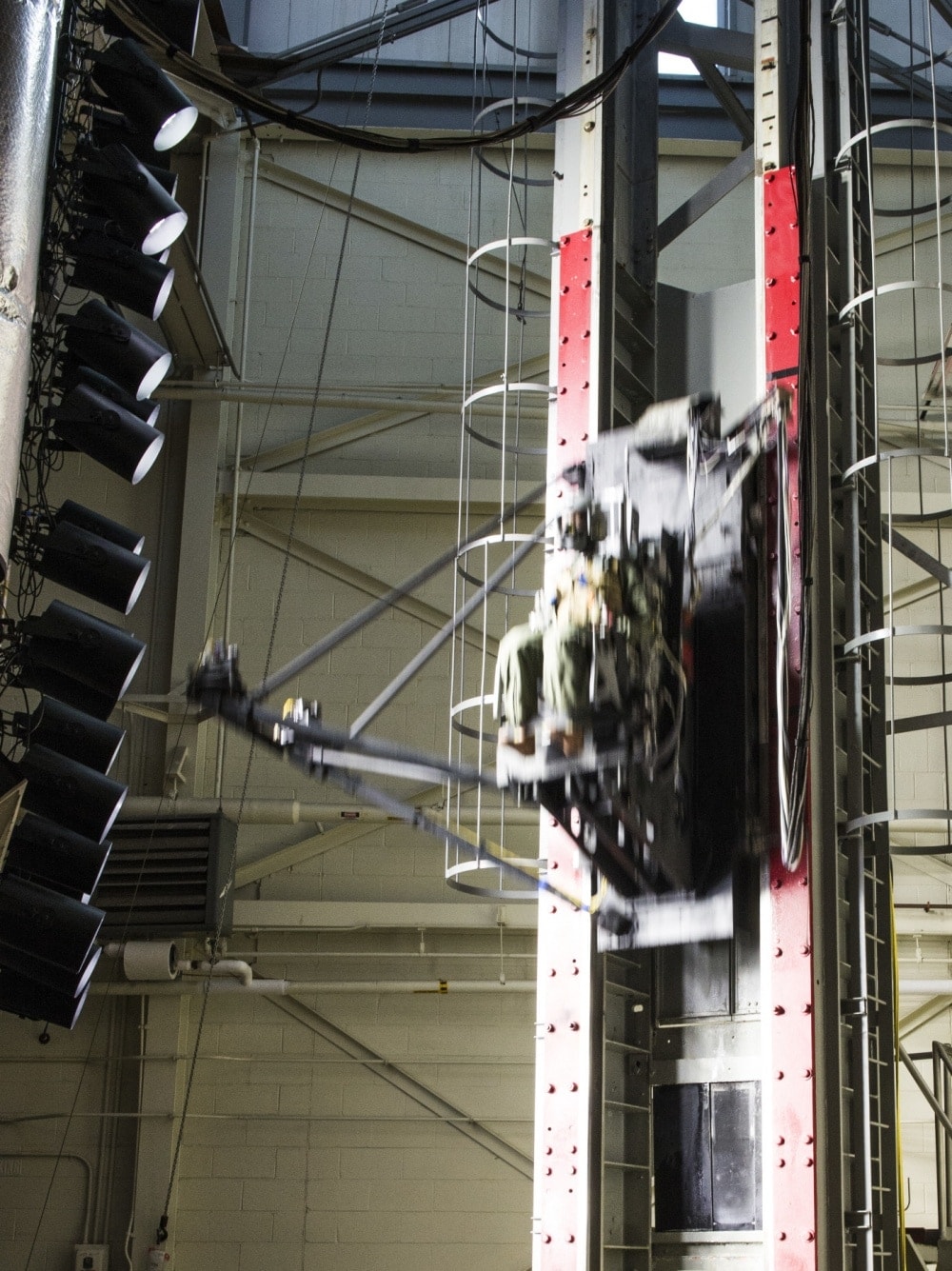 The M17 is based on Sig Sauer’s P320 platform, which drew controversy over the summer after a series of drop tests that went viral leading to questions that the pistol is unsafe. To this, Sig announced they have “full confidence in the reliability, durability and safety of its striker-fired handgun platform,” clarified the M17 has different internals from the commercially available P320 and began a voluntary upgrade for the guns already in circulation.

The experiments were conducted by the Air Force Operational Test and Evaluation Center. Known as AFOTEC, the unit’s 2nd Detachment, located at Eglin AFB, Florida, tests munitions ranging from missiles and bombs to small arms for their effectiveness and suitability.

The U.S. military since WWII has used a constantly evolving series of Martin-Baker ejection seats that have been credited with saving over 7,000 lives worldwide. Powered by an underseat rocket motor and catapult system, aircrew in a seat can experience what is described in a serious understatement as “a rapid acceleration” that generates a force up to 14g, capable of producing stress fractures in bone, but they are capable of safely ejecting individuals from an unmoving aircraft still on the ground as well as in flight.