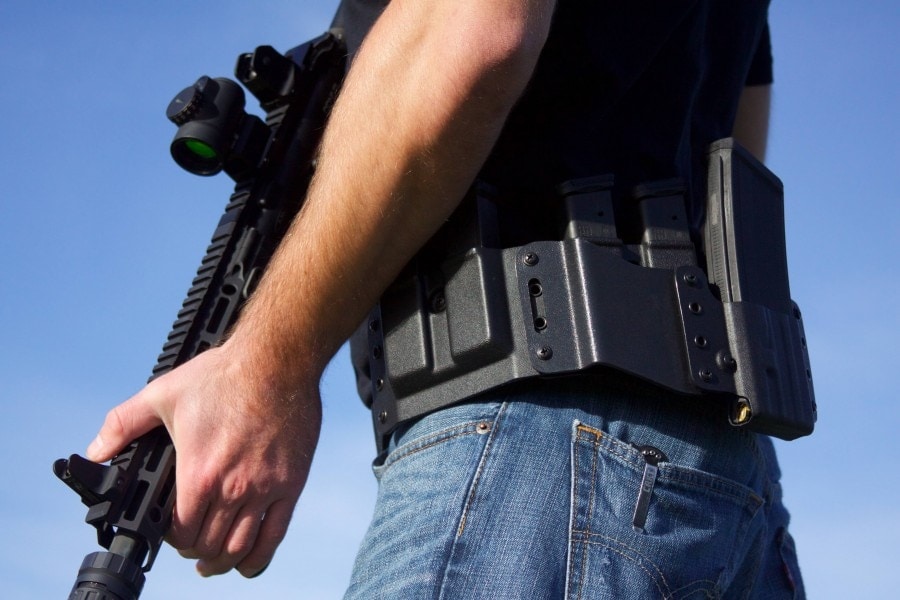 The QRS-Salvo is a full-bodied set-up complete with Vantage OWB holster and a “built to order” 4-piece magazine panel. The panel utilizes the M4 Mag Stacker with configurations available for Dual Pistol Mag Holders and M4 Rifle Mag Holders.

The QRS-Salvo ships alongside HTC’s Tactical Cobra Belt which features a two-piece construction designed to hold gear in place, but allowing for quick attachment of gear. HTC also offers belt add-ons, including the Everyday Tactical Belt as well as the Micro Grip Belt Panel, permitting shooters to dial-in a custom rig set-up.

“The Mag Stacker has been on our radar for some time. We recognize the importance of maximizing available space along the waistline, carrying additional rifle or pistol magazines while adding minimal bulk,” Pastros said in a press release. “This system works for professionals who need to carry additional payload or for anyone who would like to spend more time shooting and less time reloading mags at a course or on the range.”

HTC’s QRS-Salvo is available with base pricing starting at $450.