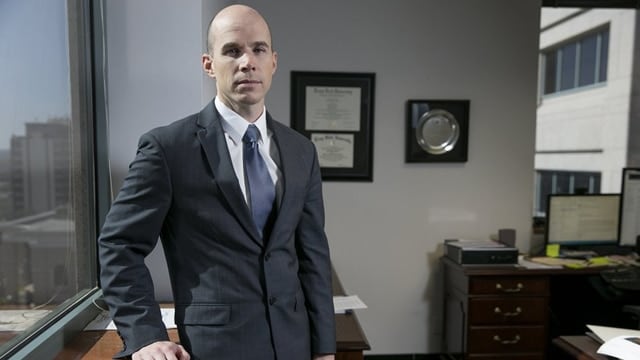 “As you know, the NICS database is only as good as the records it contains, and we feel that Texas has made great strides in improving the reporting of mental health records and domestic violence disqualifiers to it,” Slayton said. “Without the federal funding for these projects, the significant improvements in Texas likely would not have occurred.”

Fixing NICS became a congressional priority after a former Airman gunned down 26 people at a Texas church last month with a rifle his domestic assault convictions barred him from owning.

The breakdown in the background check system illuminated lackadaisical reporting practices in the U.S. Air Force and Department of Defense — a longstanding issue dating back two decades. A review of Department of Justice records in 1997 and 2015 found roughly one third of service members’ criminal convictions were missing from federal databases.

“At the end of 2007, federal agencies had submitted just over 4 million records to the NICS. By the end of 2016, that number had risen to nearly 8.5 million,” said Douglas Lindquist, assistant director of the FBI’s Criminal Justice Services Information Division. “While recent events have demonstrated that reporting is not perfect, the FBI is committed to working with all federal agencies to help them implement their existing record sharing plans – as it has since NICS’s inception.”

Likewise, he said, state agencies increased disqualifying record uploads by 600 percent over the last decade, with more than 7 million entries available as of 2016.

Despite this, dozens of states and federal agencies still don’t update the necessary databases feeding NICS — the Interstate Identification Index, the National Crime Information Center and the NICS Indices — punching gaping holes in the efficacy of the background check system and blinding dealers and the FBI as to the criminal history of potential buyers.

It’s exactly what happened, at least twice, when 26-year-old Devin Patrick Kelley bought guns from dealers in Texas and Colorado, despite 2012 convictions for attacking his wife and infant stepson while serving at Holloman Air Force Base in New Mexico. Military officials court-martialed, jailed and discharged Kelley over the convictions, but never reported the information to the FBI.

Three years after his bad conduct discharge, Kelley murdered 26 people and wounded 20 others when he shot up the First Baptist Church in Sutherland Springs, Texas, on Nov. 5. Among the victims were nine members of the same family and a pregnant woman.

“Even when records are electronic, they often have to be converted into the accepted format that the NICS will recognize,” he said. “Information about adjudications and commitments is often not in an automated format in many jurisdictions. Some states, including Texas, do not have a single automated computer system that contains these records across jurisdictions. Some states may require automation upgrades and adoption of state legislation to fully comply with the NICS standards.”

Slayton encouraged lawmakers to “fully fund” both the NICS Record Improvement Program and the National Criminal History Improvement Program — up to $370 million — in the next budget cycle to fix the background check system. Congress has yet to appropriate more than $25 million to NCHIP since 2012.

Democratic senators on the committee, however, didn’t seem apt to throwing more money at NICS.

“The system is not perfect nor is it designed to be even close to perfect,” said Illinois Democratic Sen. Dick Durbin. “There are loopholes in the system. There are ways to buy a gun and avoid a background check. The only way to really fix NICS is to make sure it applies to every firearm sale.”

“The biggest gap we have is the gun show loophole,” Manger said. “If we can fix NICS … if we do not accompany that with universal background checks, then there is a huge gap in what we need to do.”

“Normal personnel rules call for firing, demoting, or otherwise disciplining employees who fail to do their jobs,” he said in written testimony submitted to the committee last week. “Yet it has been standard practice during certain administrations not to exercise any oversight on subordinate entities of the executive branch to enforce the law, while advocating ever more onerous and intrusive laws against gun owners.”

“Hopefully the public disclosure of the failure to report records and the threat of cutting bonus pay will prompt department and agency heads to fulfill their duties that were imposed a decade ago,” he added. “If not, stiffer sanctions would be in order.”