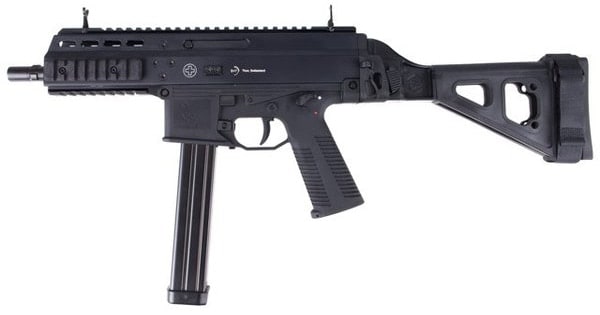 The B&T trigger allows the guns to fire on both press and release. (Photo: Double Tap Arms)

The binary trigger comes in two models, one designated for B&T’s APC9, APC45, P26, APC 223 and GHM9 while the other covers APC556, APC9, APC45 and P26. The Double Tap trigger allows the gun to fire both when the trigger is pulled and released; though it shouldn’t be confused with a select fire setup.

The trigger is a full system and ships with all necessary parts to include the hammer, springs, disconnector, safety selector and trigger itself. Featuring CNC machined and heat treated parts, the triggers are “significantly more reliable and durable,” according to Double Tap Arms.

While the B&T goodies are the most recent additions, Double Tap revealed on social media that the company is working on a binary trigger setup for the Kriss Vector. No word yet on when that product will drop into consumer laps.

In the meantime, B&T fans can grab the binary triggers from Double Tap Arms for $199.