Stacy Starnes likes to joke about her two-decade ascent to the top of DoubleStar, the Kentucky-based gun manufacturer her in-laws founded in 1977.

“I’m kind of the new kid on the block because I’ve only been here 23 years, so it’s kind of funny,” she said. “My husband has done it since he was 2-years-old.”

Starnes grew up the daughter of an entrepreneurial coal miner who she said instilled within her a passion for business and guns, though she never considered a career in the latter.

“I began shooting at five with my father,” she said. “I didn’t imagine being in the gun industry, but I knew I’d run a business one day.”

Then she met Jesse Starnes while studying accounting at the University of Kentucky in 1993. She began working part-time for his parent’s business — J&T Distributors — making AR-15 parts at the family home in Winchester, Kentucky.

“I worked on and off, before we got married, doing gun shows,” she said. “I came on full time in 2002 and did accounting, general management, things like that. We were really small then, so I did whatever needed to be done.”

J&T Distributors became DoubleStar in 2001 when it rolled out its own AR-15 model. Some 16 years later, the company’s 64,000 square foot warehouse manufactures modern sporting rifles, 1911 pistols and a catalog of parts and accessories — DoubleStar’s niche, says Starnes, who took over as chief executive officer in August.

“I would say I’m the only female in the country that does what I do,” she said. “That would be because of all of the different aspects that I do with the law enforcement, the GSA , and I am sole owner. So I am actually in store, running the store, on a daily basis.” 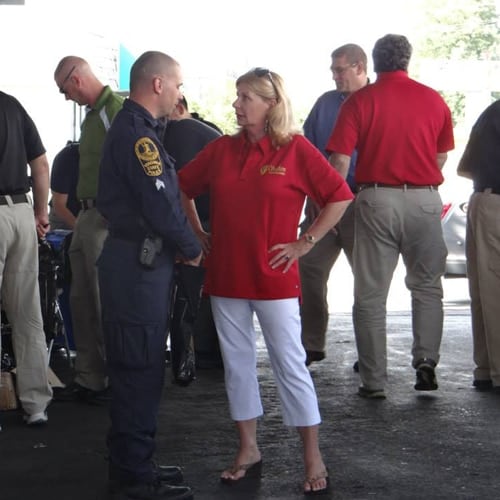 Ballengee took over the business in 1988, after her husband of five years — the original owner since 1971 — died. In the three decades since, she’s doggedly pursued relationships within the law enforcement community to establish her brand as a premier supplier for “protection services.”

Customers will find everything from handguns to evidence collection supplies to top-of-the-line body armor at Ballengee’s store in Richmond, Virginia. She also supplies more than 5,000 items to the General Services Administration and contracts routinely with federal, state and local governments.

“As the wife, I actually started working from the day that I got in it,” she said. “I set up the store when I was 26-years-old and they were bringing in product and I didn’t even like guns then.”

Ballengee’s passion flourished after she joined the National Association of Police Equipment Distributors in 1982. Today she ranks as its longest serving board member, crediting honesty and dedication for her 29 years of success in a male-dominated field.

“We deal with all the ups and downs, of course, with the men in business,” she said. “It’s not easy to do what we do, there’s no question about that. It’s a little bit more difficult for us to just pick up the telephone and have a buddy-buddy system going.”

Maria Kernasovic, vice president of Eagle Imports — a New Jersey-based dealer that sells guns from around the world — agrees women face unique challenges when assimilating into the firearms industry. 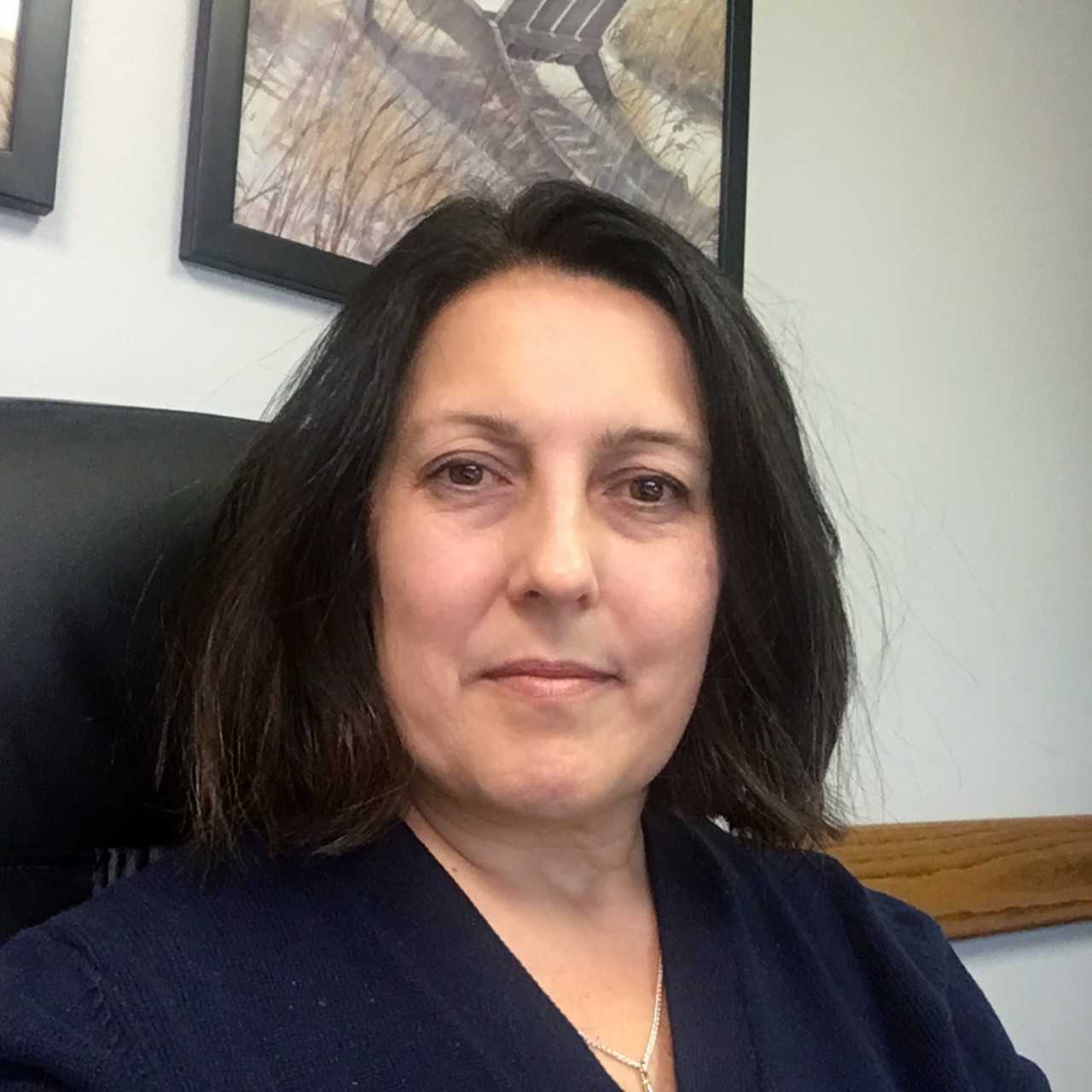 “I don’t see it as only male-female,” she added. “There were other things at play that I came up against.”

Kernasovic first met the owners of Eagle Imports in the late 1980s while working as a public accountant in New Jersey. She didn’t grow up with guns or know anything about the industry, but didn’t hesitate when a part-time accounting job opened up at the company — a better fit for her life as a new mother.

“I got very lucky to work for folks who are very opened minded and progressive and offered a flexible schedule,” she said. “I was able to work from home when that wasn’t even a thing.”

Kernasovic said her role blossomed from part-time bookkeeping to managing purchasing and developing strategies for pricing and costs. She now serves as the company’s vice president and knows her journey isn’t typical.

“I started out at a time when women didn’t have a very strong role in business at all,” she said. “I remember being in high school and my peers were talking about whether they were going to be stay at home moms or have a career. Back then it was like you had to choose one or the other.”

“I was lucky, very lucky,” she added. “It was kind of right time, right place, right people.”

Kernasovic’s gender and inexperience with guns never felt like much of a barrier, she said, until she began attending trade shows and picking up on the cultural differences that exist in other parts of the country.

“The gun culture is just different here in New Jersey,” she said. “So I don’t think the owners looked at me as having to have those kinds of skills and relationships and hobbies. Whereas a lot of the other players, even here at Eagle, they do better out in the marketplace because they can form relationships and are interested in those kind of things. I don’t think it’s a negative or a positive, I think it’s just different kinds of people with different kinds of interests.”

She said women at shows early in her career were scarce. Demographics have improved since then, she said, though not in a dramatic way.

“We are evolving,” she said. “It’s not by leaps and bounds … Nowadays there’s a much larger percentage of women, but it’s still nowhere near half.”

Demographic data about the $13 billion gun industry remains hard to come by, though Fortune reports women grabbed their largest share yet — six percent — of leading roles at the top 500 most profitable companies in 2017.

The Defense industry proves more progressive still, with women at the helm of half of the largest firms in 2014,  including Marillyn Hewson, chief executive officer of Lockheed Martin.

For Starnes, however, it wasn’t a matter of if — but when — she would takeover at DoubleStar. Now working alongside her husband — whom she describes as the company’s star product innovator — she said sexism across the industry still exists, but at diminishing levels.

“Women do run into gentlemen that feel like we are not as knowledgeable or as accomplished, but for the most part, I’ve found that most of them are very positive about it and think it’s cool,” she said. “You do run into it occasionally, but on the whole I’ve been lucky to not experience a lot of disdain or being dismissed for being a female.”

Ballengee said tenacity matters more than gender when it comes to climbing the career ladder.