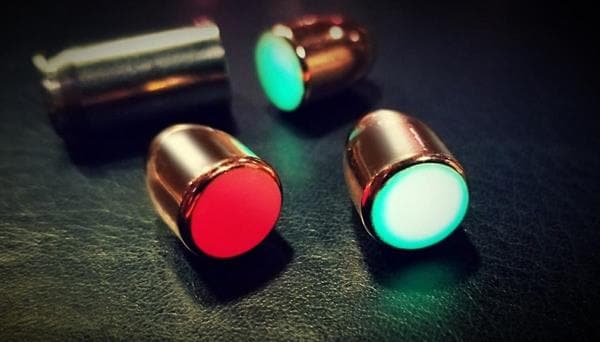 While most conventional tracers utilize incendiaries to provide a visual element to shooting, the Streak ammo forgoes the typical construction, instead utilizing a non-flammable phosphor material to light up pew-pew practice. Ammo, Inc. says the light emitted during the discharge of the round produces a glow shooters can visually track.

The phosphor material is only applied to the rear of the projectile allowing just the shooter and those within a 30-degree viewing area to see the red or green ammo’s illuminated path.

According to the company, Streak does not generate heat, therefore making the ammunition safer to use in situations where traditional tracers aren’t practical.

“We are beyond excited to bring Streak Visual Ammunition to the market,” said AMMO, Inc.’s CEO, Fred Wagenhals in a statement. “Once you shoot with Streak and you can actually see your projectile travel throughout its path, you will be bored by shooting normal ammunition.”

Streak Visual Ammunition is available in 9mm, .40 S&W and .45 ACP; though the company says expanded calibers and even hollow point options will be available in the future. Pricing starts at $11.99.