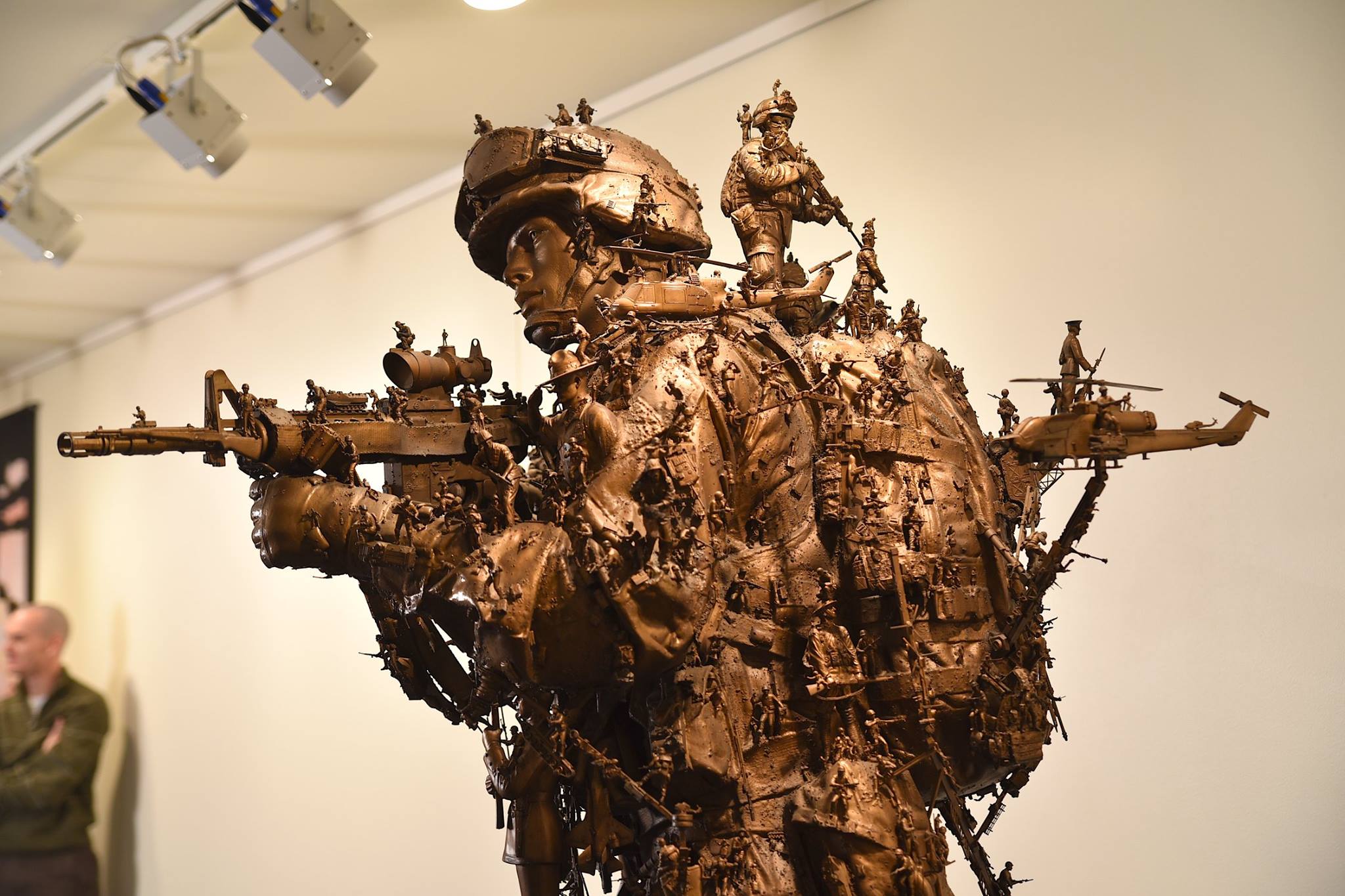 This week the National Museum of the Marine Corps put a trio of amazingly complex 3-D sculptures by artist Kris Kuksi on display, each telling its own set of stories.

Located in Triangle, Virginia just outside the gates of Quantico, the museum says the works of art tell different chapters in the Corps’ saga.

“Each features a core sculpture that is surrounded by many small figures, which together form iconic representations of the Marines’ core values, traditions, and victories throughout history,” says the museum, which displays Kulski’s work on the 2nd deck. 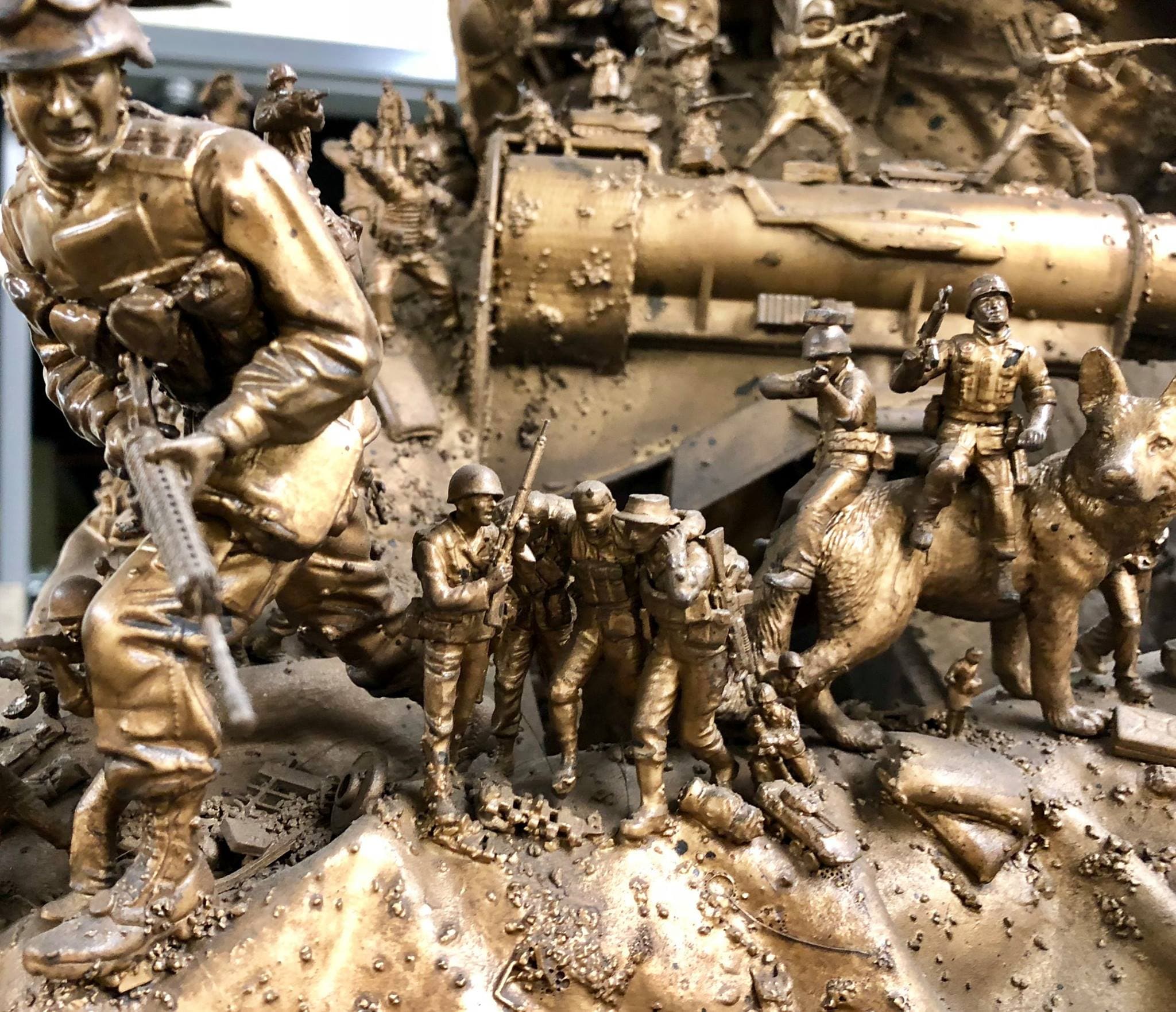 Part of the Marine Corps Recruiting Command’s “Battles Won” series, the sculptures represent in detail the World War I battle of Belleau Wood, the famous Montford Point Marines, the grueling five-week battle for Iwo Jima and even the service’s response to Hurricane Sandy in 2012.

Check out some of the close-in detail in the recruiting ad, Anthem 72, below.