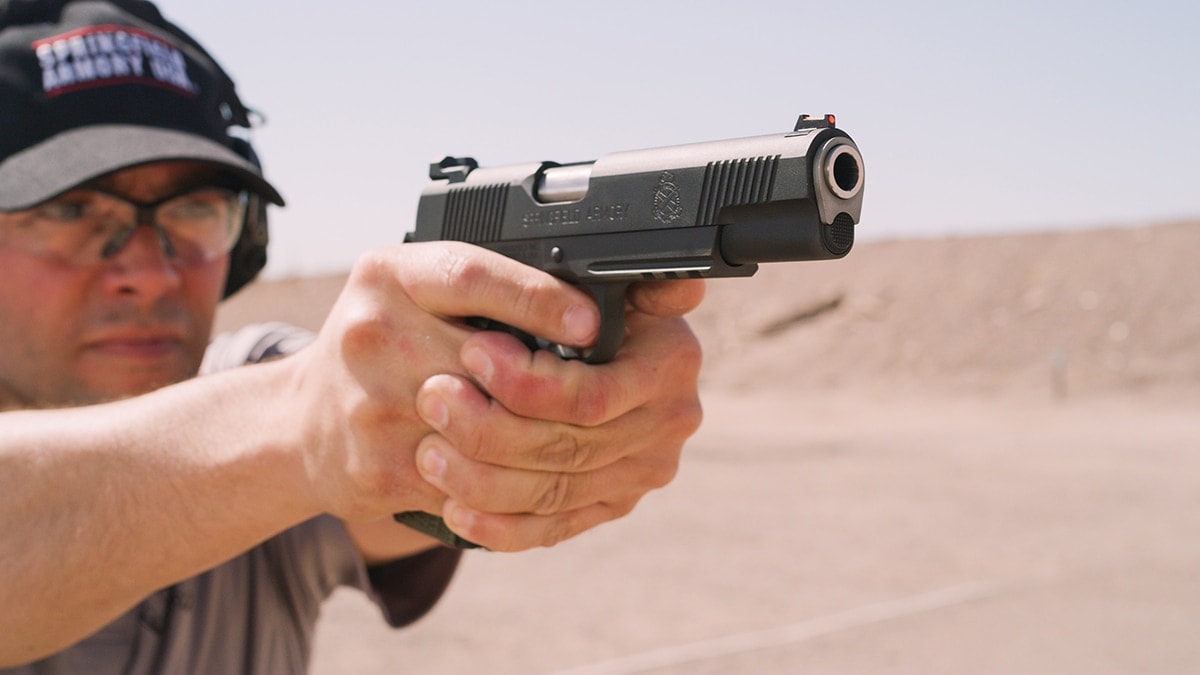 After a week of teasing, Springfield announced the mysterious “X” project was, in fact, a 10mm 1911. (Photo: Springfield Armory)

In a not so surprising announcement, Springfield Armory cleared up the mystery surrounding its ominous social media posts officially introducing the 1911 TRP Operator in 10mm.

Springfield Armory launched the 1911 TRP Operator in 10mm Friday, offering two models — a five-inch barrel and a long slide six-inch variant. The TRP, or Tactical Response Pistol, is based on Springfield’s Professional Model. Until now, the TRP was relegated to only .45 ACP but it looks like the Illinois based company has had a change of heart.

“We have offered 10mm 1911s from our Springfield Custom Shop for many years but this is the first production 10mm 1911 offering in the Springfield Armory lineup,” CEO Dennis Reese said in a press release. “The TRP 10mm is soft shooting, built for accuracy and takes advantage of the full potential of the hottest 10mm rounds, just as the cartridge was originally intended.”

The TRP Operator series boasts forged steel frames and slides paired with Match Grade stainless steel barrels. The frame and slide are both coated in a self-lubricating, corrosion resistant finish known as Black-T. The finish is crafted to protect the 1911 from heavy use in tough conditions, says Springfield. With weights ranging between 40 and 45-ounces, the full-sized pistols look to offset 10mm recoil with a heavier slide and barrel.

Though Springfield fans speculated Monday that a 10mm variant was on the horizon, there was no clear consensus on which firearm would ultimately get the 10mm treatment. 10mm has enjoyed a boost in popularity, with shooters recently turning to the oldie but goodie for hunting purposes.

Each TRP Operator is outfitted with 3-dot tritium night sights and both ship with two 8-round mags. The 5-inch model serves up a MSRP of $1,790 while the 6-inch model comes in slightly higher at $1,842.