Lawmakers on course to ramp up gun laws in Washington 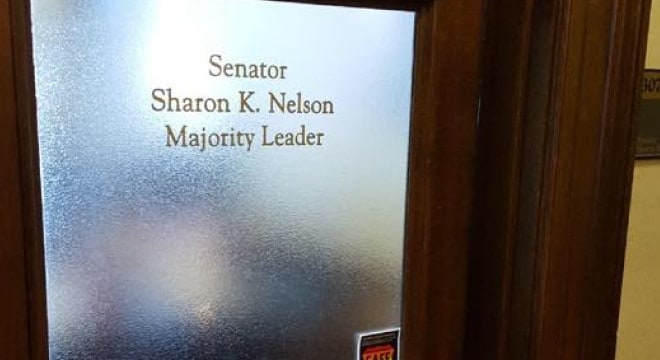 With Democrats now in charge of both chambers of the state legislature as well as the governor’s mansion, gun control is on the agenda for 2018.

Several Democratic lawmakers joined by gun control advocates announced a series of initiatives last week for the upcoming session, the Redmond Reporter reported. Among these would be a rebooted drive to expand background checks and require licenses for guns deemed “assault weapons” due to cosmetic features, and another to mandate the use of trigger locks and gun safes for firearms not in use.

“Washingtonians want good government and a thriving economy, they want to reduce gun violence, end childhood hunger, create a safe workplace and address a number of other critical issues impacting their families every day,” said Senate Majority Leader Sharon Nelson in a preview of their legislative agenda for next year.

Besides the bills on gun locks and assault weapons — the latter of which would require a $50 license and provide for felony offenses for non-compliance — proposals pre-filed for 2018 by state Dems include a 31-page ban on “trigger modification devices” and a measure restricting the carry of guns in daycare centers.

Nelson earned a one-seat majority in the Senate with the election last month of Democrat Manka Dhingra in the 45th District over Republican Jinyoung Englund.

In the past, gun control legislation in the Evergreen State was often rebuffed by Republican lawmakers in Olympia, typically in the Senate. Dhingra’s campaign was supported by the Giffords PAC, partnered with the Bloomberg-backed Alliance for Gun Responsibility, through a digital and direct mail campaign, touting her stance on gun control.

“Manka will join a legislature that is ready to pass solutions that will respect the rights of law-abiding gun owners while keeping weapons out of reach from violent felons, domestic abusers, and other dangerous individuals,” Giffords said.

This puts the state in the same club as Oregon and California with Dems controlling both the legislature and the governor’s office, as Gov. Jay Inslee moves into the meat of his second term with rumored presidential ambitions and has in the past shown a proclivity towards regulating guns.

Inslee, who earlier this year was one of the first to call for a ban on bump stocks, mentioned the need to increase what he termed “gun safety” in his 2017 inaugural address to state lawmakers. Last year, he signed an executive order launching a statewide public health initiative to reduce and prevent gun-related fatalities and injuries just after signing a measure to curb suicides in the state by working with pharmacies and gun dealers.

“Gun owners and Second Amendment supporters have a real threat to their rights from the Legislature 2018,” Alan Gottlieb, with the Washington-based Citizens Committee for the Right to Keep and Bear Arms, told Guns.com. “Time will tell if the Democrats risk their majority by passing an extreme anti-gun rights agenda that the gun prohibition lobby is pushing.”