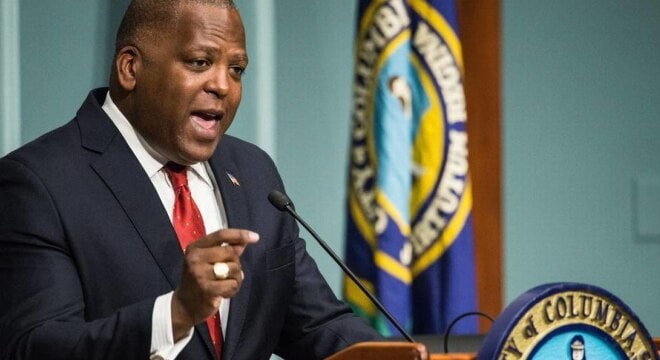 Lawmakers in Delaware, New Jersey, and South Carolina among others are gaining ground on measures to regulate bump stock devices.

On Tuesday, the Columbia City Council voted to ban the attachment of bump stocks to firearms inside that South Carolina city’s limits, though the measure does not bar possession of the devices themselves. Requested by Mayor Steve Benjamin, the text of the ban recognizes that the city cannot violate South Carolina’s strong laws against counties and towns regulating guns or ammunition, but argues that bump stocks and trigger cranks are outside the scope of the state’s preemption. Violations are a misdemeanor carrying up to 30 days in the city jail and a $500 fine.

“We’re hoping and praying that we can make one small step here that might inform our state legislature to act and make ownership of bump stocks a felony in South Carolina,” Benjamin told local media. “We hope this inspires other city and states and hope for the federal government to act as well.”

Columbia is not the first city to put a target on the controversial accessories which mimic full-auto fire. In October, city officials in Tucson passed a resolution asking Arizona lawmakers to consider a statewide prohibition on bump stocks after the city attorney cautioned they can’t legally pass their own local ban due to preemption laws in that state.

Last week, House Majority Leader Valerie Longhurst, D-Bear, introduced House Bill 300 which aims to make it a Class E felony in the state to buy, sell, transfer or possess a “trigger crank, bump-fire device, or any part, combination of parts, component, device, attachment, or accessory that is designed or functions to accelerate the rate of fire of a semiautomatic rifle but not convert the semiautomatic rifle into a machine gun.”

Under state guidelines, the language of the measure would open violators to as much as five years in prison, and no provision is given to grandfather those with existing stocks.

“Fully automatic firearms are still illegal, and devices like bump stocks that basically convert semiautomatic weapons into automatic ones should be outlawed,” Bear said in a statement. “Residents and families have every right to protect their lives and property, but the only reason to own a device like this is to fire hundreds of rounds per minute.”

The measure has 14 co-sponsors and has been referred to the House Administration Committee with chamber Democrats running video ads on social media citing the use of the devices in October’s Route 91 Harvest festival shooting in Las Vegas.

Also citing the Las Vegas event as the impetus to pass S.3477 in the New Jersey Senate, Democrats argue the devices have no purpose.

“There is no legitimate use for these devices other than to increase the killing power of the weapons they are designed for,” said state Sen. Loretta Weinberg, D-Bergen, in a statement. “No single law can prevent all the gun violence, but we need to use the tragic lessons of these cases to make our communities safer.”

The Senate measure passed out of committee on Monday and mimics an Assembly bill which got a corresponding approval last month to make the sale or possession of bump stocks or trigger cranks a third-degree criminal offense in New Jersey. The bills modify state law so that a firearm affixed to a bump stock constitutes an “assault weapon” while a firearm affixed with a trigger crank constitutes a machine gun. Violations are a felony that carries $10,000 in potential fines and can result in as much as five years in prison.

However, the Association of New Jersey Rifle and Pistol Clubs, the state’s NRA affiliate, contend the move goes after something that is already banned in the state under a combination of existing laws.

Gov. Chris Christie, a Republican with a long history of scuttling Democrat-backed gun control moves, has signaled he would support a ban on bump stocks.

The only state to prohibit the devices post-Las Vegas has been Massachusetts, where Republican Lt. Gov. Karyn Polito last month signed a proposal adding definitions to state law of “Bump stock” and “Trigger Crank,” regulating each in turn. The new law allows for penalties to run from 18 months to life in prison for those selling or possessing the devices. Further, it does not provide a pathway to legal ownership of the accessories already in circulation.

California and New York already prohibit the devices while similar legislation is underway at the state level in Illinois, Maryland, New Mexico, Ohio, Rhode Island, Tennessee, and Washington. At least four federal bills have been filed on Capitol Hill ranging from measures to add bump stocks to National Firearms Act control — in effect regulating them like machine guns — to outright bans. The only measure to make it out of committee, H.R.38, the national concealed carry reciprocity bill, contains language ordering the Department of Justice to examine the use of bump stocks in crime and report to Congress on their findings.