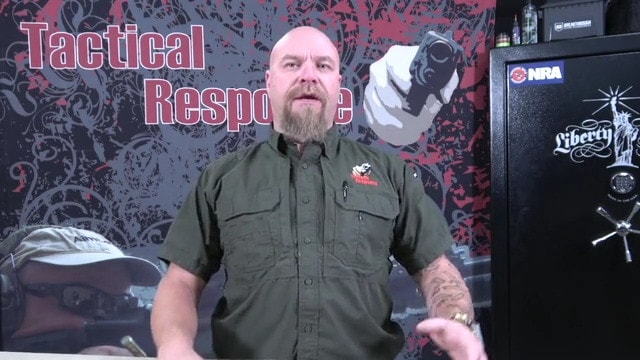 James Yeager, CEO of Tactical Response and prior YouTube personality, has turned to Kickstarter to fund a new video platform he says is designed to give gun supporters a true voice in the internet community.

Proving his wide fan base, the initiative has raised over half of the goal, garnering over $28,000 in donations in the five days since the campaign kicked off.

“The noose is tightening around free speech on YouTube and other social medias platforms,” Yeager said in the Kickstarter video. “I am looking to start a place that I, and we, can speak about the things we want to speak about.”

If the goal is reached and LiberTV fully funded, Yeager says the platform will initially only offer content curated by Yeager himself. Eventually, as the site gains momentum server space will be added in the hopes of allowing other contributors  to upload materials to the site. LiberTV plans to offer gear reviews, tactical tips as well as Yeager’s personal opinions, which have gained him notoriety within the industry. While Yeager says LiberTV will function similarly to YouTube, in the sense that most content will be free, there will be viewing options for premium paid content.

Yeager says the LiberTV initiative came about after he was banned from YouTube on Dec. 6. In a Facebook live video, Yeager points to a podcast he posted the day prior as to the reason for his removal, but there’s been no clear indication from YouTube as to why the video sharing powerhouse ultimately banned him.

“I’ve been having to hold back on YouTube for quite some time, so if you want to hear the real stuff then this is the place where that will be,” Yeager said on Kickstarter.

The campaign is set to run until Jan. 31.