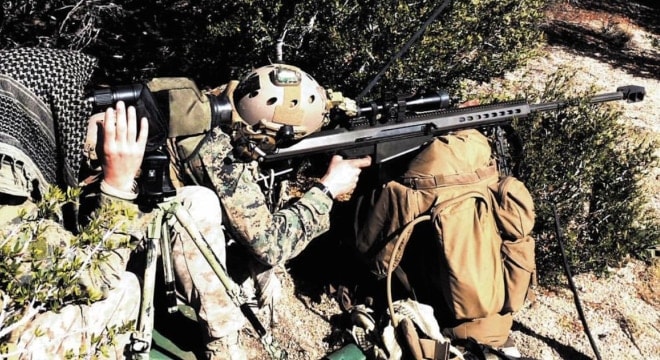 A deal approved by the White House to export a shipment of American-made .50-caliber sniper rifles to Ukraine has drawn rebuke from Moscow.

The deal authorized by the State Department, is for $41.5 million worth of Barrett’s M107A1 rifle systems as well as ammunition and parts, as reported by the Washington Post. Barrett is located in Tennessee, home to U.S. Sen. Bob Corker, who welcomed the news.

“This decision was supported by Congress in legislation that became law three years ago and reflects our country’s longstanding commitment to Ukraine in the face of ongoing Russian aggression,” said Corker, a Republican.

Though Ukraine inherited a number of SVD and Mosin sniper rifles from the old Soviet Union, and since last year they have been fielding domestically-produced precision rifles, they are all various .30-caliber platforms. The addition of .50-caliber systems is expected to help address a range-gap on the ground when facing better-equipped separatists.

Russian foreign ministry spokeswoman Maria Zakharova last week said weapon shipments by the U.S. and Canada were made without thinking of the greater ramifications. “Washington and Ottawa should realize that there is no military solution to the Donbass conflict, which was caused by the state coup in Kiev, and that those who deliver weapons to murderers will share the blame for people’s deaths,” said Zakharova.

The move comes as Russian has withdrawn their contribution of some 75 military officers to the Joint Centre for Ceasefire Control and Coordination Group, a ceasefire observer force who serve a peacekeeping role in the in Ukraine’s volatile Donbass region between the country and the self-proclaimed Moscow-backed People’s Republic of Donetsk. Russian-state news organs cite abuse and “provocations” against JCCC members as the reason for the pullout, saying further work in the area “appears to be impossible.”

In meeting with Ukrainian officials in August, Defense Secretary Jim Mattis said the U.S. stands with the country as it looks to bolster its relationship with the West and would continue building the capability of the Ukrainian forces.

“This will make Ukraine’s forces more operationally effective as well as more effective protectors of the Ukrainian people, and we look forward to the full implementation of NATO standards in the midst of this conflict you’re currently fighting,” said Mattis.