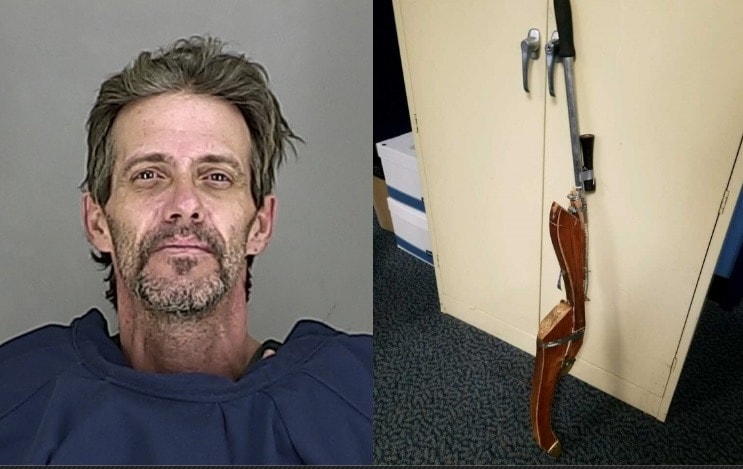 The clerk and three customers reportedly took cover when Derringer came in waving the “gun” then soon chased him from the store. (Photo: Akron Police via the Akron Beacon-Journal)

An Ohio man by the name of Derringer cobbled together a “gun” made from household items and furniture legs in an attempt to knock over a Circle K on Christmas.

Police in Akron took Jeffrey Derringer, 48, into custody on Monday after customers and staff at the convenience store chased the man into an empty parking lot and detained him, the Akron Beacon-Journal reported.

The gun-like piece of industrial art that Derringer used in his failed stick-up attempt? A makeshift rifle “fashioned out of a pipe, a fake scope, a spring and two table legs clamped together as the stock.”

According to local media, the man was charged with aggravated robbery and booked into the Summit County Jail. He is scheduled to appear in Akron Municipal Court later this week.