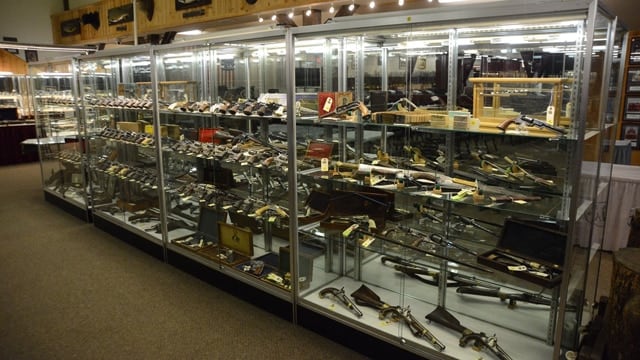 Dan Morphy, founder and president of Morphy Auctions announced Dec. 14 the merger with James D. Julia Inc., paving the way for the Pennsylvania-based company to become “one of the largest antique auction houses in North America.”

“I have literally spent all my life watching and learning from Jim,” Morphy said in a press release. “With nearly 50 years in the industry, Jim has an undisputed reputation and I admire and will emulate his business approach towards his clients and employees. It is an honor and privilege to have this new association with someone I have considered to be a mentor and leader in the industry.”

Julia’s father founded the business in central Maine in the 1960s. After taking over in 1974, Julia spent the next five decades building and expanding to become an internationally renowned dealer in rare antique firearms, among other collectibles. He planned to manage the auction house well into his 80s, he said, until his wife received an unexpected diagnosis last year — incurable brain cancer.

“I immediately realized that as much as I loved the people, the antiques, and the excitement of the auction, there was nothing more important in this world to me than my wife, and I elected to devote my time to my wife, Sandy,” he said. “Under the circumstances, I could not imagine a better conclusion for my business and for Sandy.”

Morphy Auctions began as a two-person operation in 2004. Now, a staff of 65 facilitates nearly three dozen auctions annually, with headquarters established in Denver, Pennsylvania and a satellite office in Las Vegas.

“Over the years, Jim Julia crafted an extraordinary team and unique auction company as a result of his philosophy, business acumen and direct, honest approach with his clients whether they be buyers or sellers,” Morphy said. “I have always tried to incorporate the same approach. In merging with Julia’s extraordinary team, I intend to make the transition as seamless as possible. The bottom-line is that I not only want to merge Jim Julia’s company and his people but I want to expand the philosophy of our business to include much of what created extraordinary success for Jim.”

The merged auction teams will appear at the 2018 Las Vegas Arms Show in January.