Arkansas Governor weighs in on open carry in the state 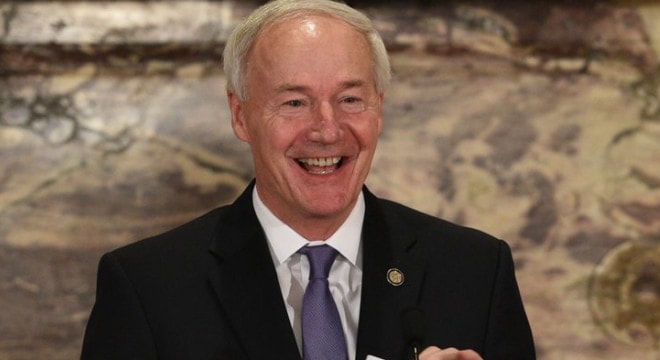 Hutchinson, who recently waded into the waters around Act 746 (Photo: Governor’s office)

Gov. Asa Hutchinson this month contacted the Arkansas State Police to inform the agency that the open carry of firearms is legal in the state by his interpretation.

In letters obtained via Freedom of Information Act requests, the Arkansas Times discovered that Hutchinson reached out to State Police director, Col. Bill Bryant, instructing him to provide the guidance to troopers in the field, saying he felt any arrest of an individual who was open carrying “would be both inappropriate and inconsistent with Arkansas law.”

The Governor, who helmed the National Rifle Association’s School Shield Task Force in the wake of the Sandy Hook shooting, says in the letter that he had expected the state supreme court to rule on the open carry issue, but they did not have an opportunity.

In turn, Bryant last week issued a directive on Arkansas’ often-controversial Act 746, a law which is seen by many as clouding the legality of permitless carry in the state. The states’ top lawman passed down to troop and criminal investigation division commanders that, while openly carrying a handgun does not provide probable cause for arrest, troopers can stop and detain a person suspected of reasonably suspicious actions to investigate.

The communications are the latest chapter in the four-year saga of Act 746 which tweaked state law to say that handgun permits were no longer needed when carrying a pistol or revolver on “a journey” in Arkansas. This led gun rights advocates to argue that permitless or constitutional carry either openly or concealed was legal in the state and conflicting but non-binding opinions from Arkansas Attorney General Dustin McDaniel in 2013 and his successor, Leslie Rutledge in 2015 on carrying openly without a license.

The exchange comes at a time when Hutchinson, a Republican, is facing a potential fight for his job against polarizing gun range owner Jan Morgan, perhaps best known for declared her business, the Gun Cave Indoor Firing Range, a “Muslim-free” zone. In response to the Governor’s recent interest in Act 746, Morgan took to social media and said the question is not of open carry, but of unrestricted constitutional carry.