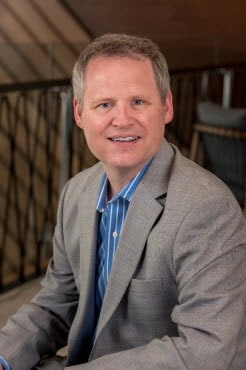 A second top executive will depart Vista Outdoor in less than a year, according to the company’s regulatory filings published last week.

Chief Financial Officer Stephen Nolan — in agreement with the company — will leave his position effective Feb. 1 “to pursue other opportunities.” His severance package includes a lump sum payment of his annual salary of $515,000, a pro-rata portion of his annual bonus, stock options and an additional payout of $15,000 for healthcare costs.

The company further slashed costs last quarter through inventory and workforce reductions “to better align product with demand” — a familiar narrative heard across the gun industry as manufacturers re-calibrate under the “new normal” in a post-Obama sales climate.

“The market contraction and competitive environment … will have more of an impact in the second half of the year than it did in the first half, including the full impact of the ammunition pricing action, which we took in the first and second quarters,” Nolan told investors last month after Vista reported a 25 percent decline in second quarter earnings. “While we have taken actions to reduce costs, these initiatives have been more than offset by persisting market conditions.”

The company anticipates its 2018 sales will not exceed $2.26 billion — a 2 percent reduction over first quarter guidance.