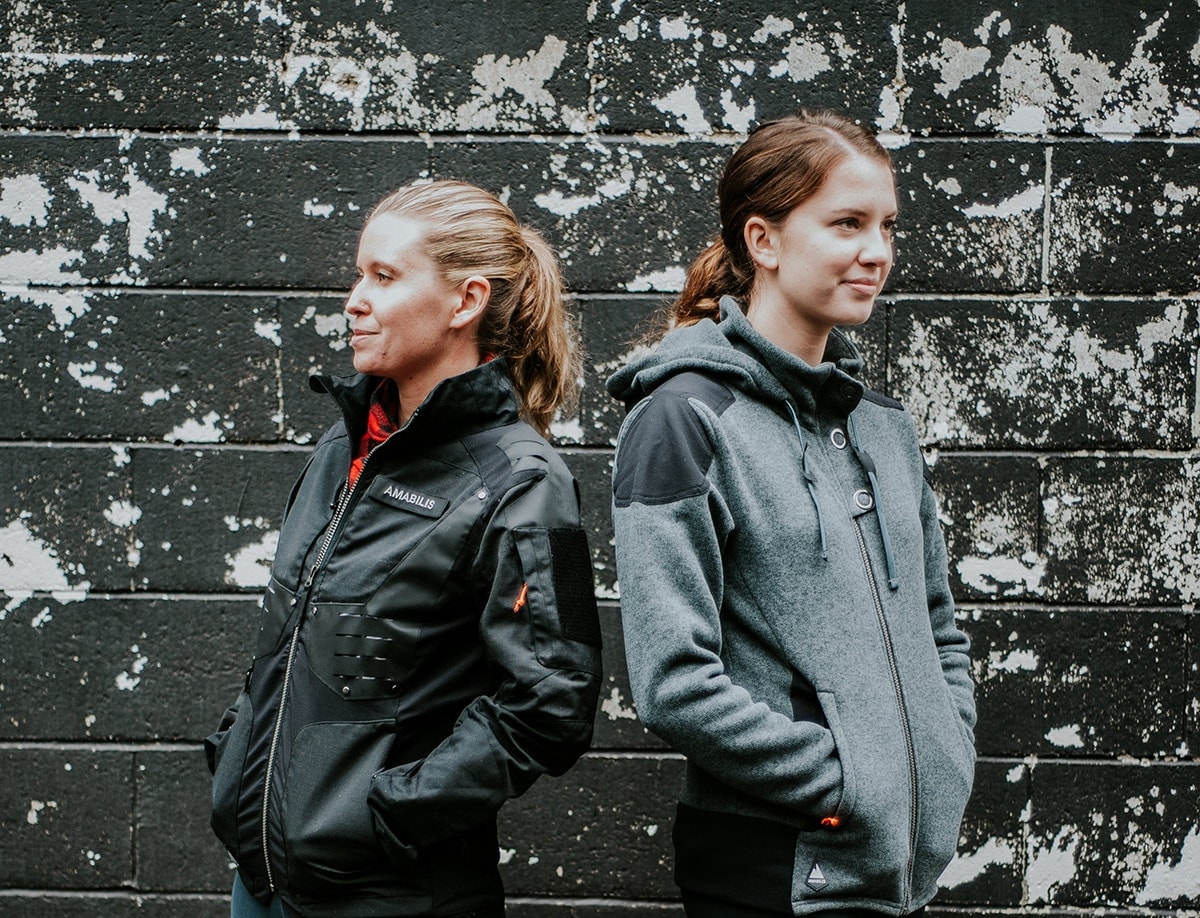 The Responder Jacket, left, and Responder Hoody, right, are up for grabs on Amabilis Kickstarter campaign in both women’s and men’s designs. (Photo: Amabilis)

Apparel and gear maker Amabilis heads into 2018 with a successful Kickstarter campaign aimed at bringing functional and stylish tactical outerwear to gun toters and tactical enthusiasts.

The brain child of founder Brian Abrams, Amabilis was born from the idea of “take what works and re-imagine the rest.” Backed by 25 years of military and tactical gear experience, Abrams took his knowledge and began raising funds for his projects via the popular crowdsourcing site Kickstarter.

Though the company’s focus has always been towards apparel, Amabilis first waded into tactical waters with its military inspired Dave Duffel Bag. Raising nearly $100,000 on Kickstarter for the pack which boasted the nickname of “World’s Toughest Duffle Bag,” Abrams used the duffle as a jumping off point to officially launch the Amabilis platform.

“From the very beginning, apparel was to be the brand’s primary focus, but we took our time and launched Amabilis with a military inspired duffel bag that’s now being used by more than 1,000 adventure seeking soles in more than 30 countries around the globe,” Abrams told Guns.com in an email. “Once we turned our attention to apparel, it was almost a year of design, re-designs, samples, tweaks and adjustments until our launch in November of the Responder Jacket and Hoody.” 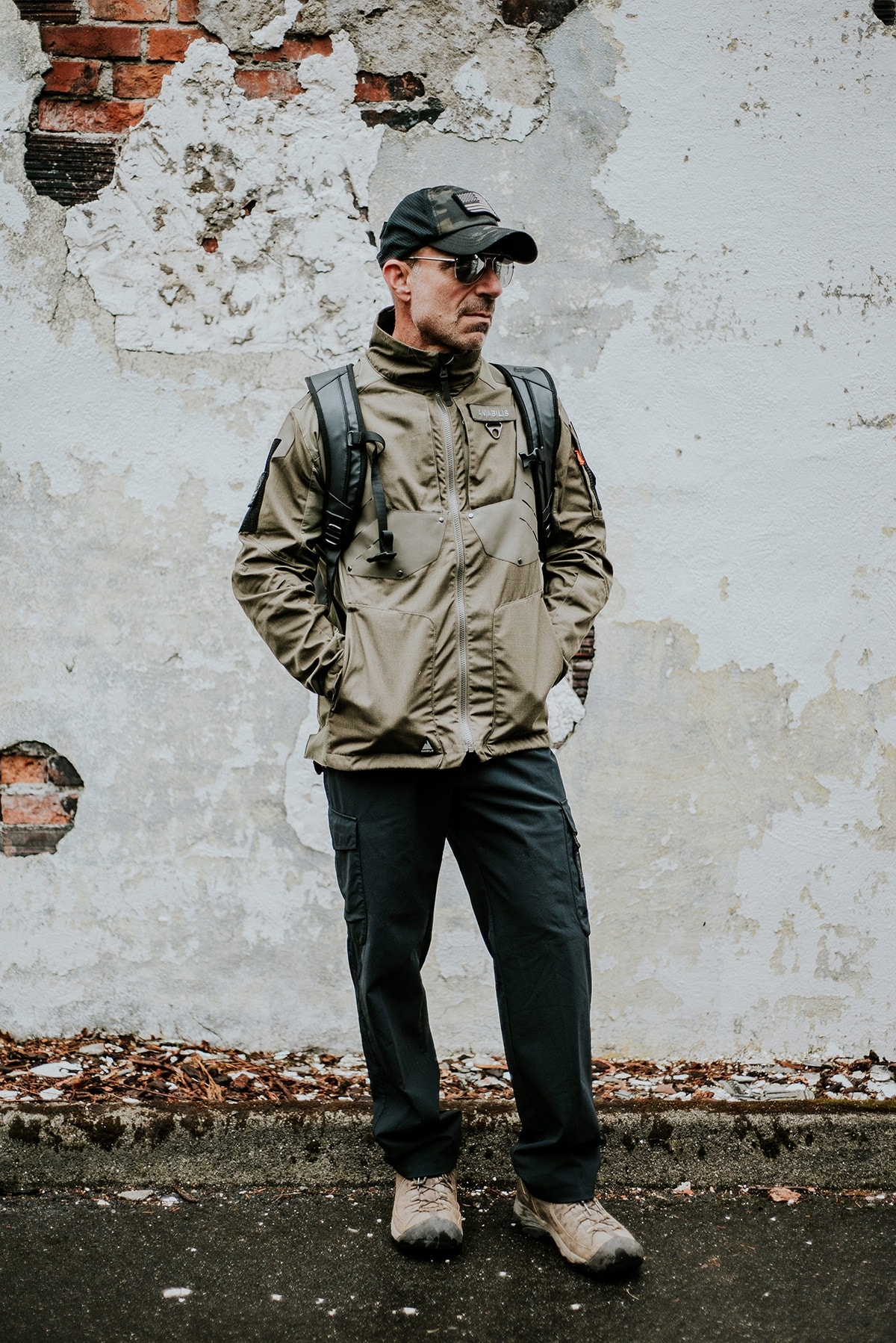 The Responder Jacket is offered in Military Green, pictured above, and Tactical Black. (Photo: Amabilis)

The Responder outerwear marks the company’s first foray into tactically inspired apparel. Touting a jacket and hoody, Amabilis delivers not only a stylish approach but a functional one as well.

Crafted with models for both men and women, the Responder Tactical Jacket kicks off the company’s outwear line. The Responder boasts a bevy of pockets for storage of multi-tools, knives or anything else gun toters need on their person.

Featuring a laser cut military Molle pattern, the jacket delivers shoulder looper patches as well as chest velcro nametape. Rounding out the unique design are side zippers, constructed to allow easy and discreet access to gun and holster. The Responder Tactical Jacket keeps to the tactical theme, serving up “Tactical Black” and “Military Green” as its color scheme. The jacket can be snatched through the Kickstarter campaign starting at $259 with MSRP eventually to settle at $315.

The Responder Tactical Hoody is a toned down approach to outerwear, touting a casual, cozy design and style. Created from Polartec Thermal Pro fabric, the jacket features stretch fleece on both the hem and cuffs. Pockets, again, provide plenty of storage opportunities on the go and the stand-up collar adds a stylish edge to the overall look. The Kickstarter campaign sees early bird pricing of $110, but MSRP for the Responder Tactical Hoody will eventually rise to $135.

“Our 25 years of design and proven performance truly reveals its value in many ways with Amabilis,” Abrams said. “It’s not only design or material choices, it’s a way of being and understanding of customers and their needs for performance and style. We are striving to not just set our gear apart, but our entirety of the brand experience itself in all facets and ways the customer sees and feels us.” 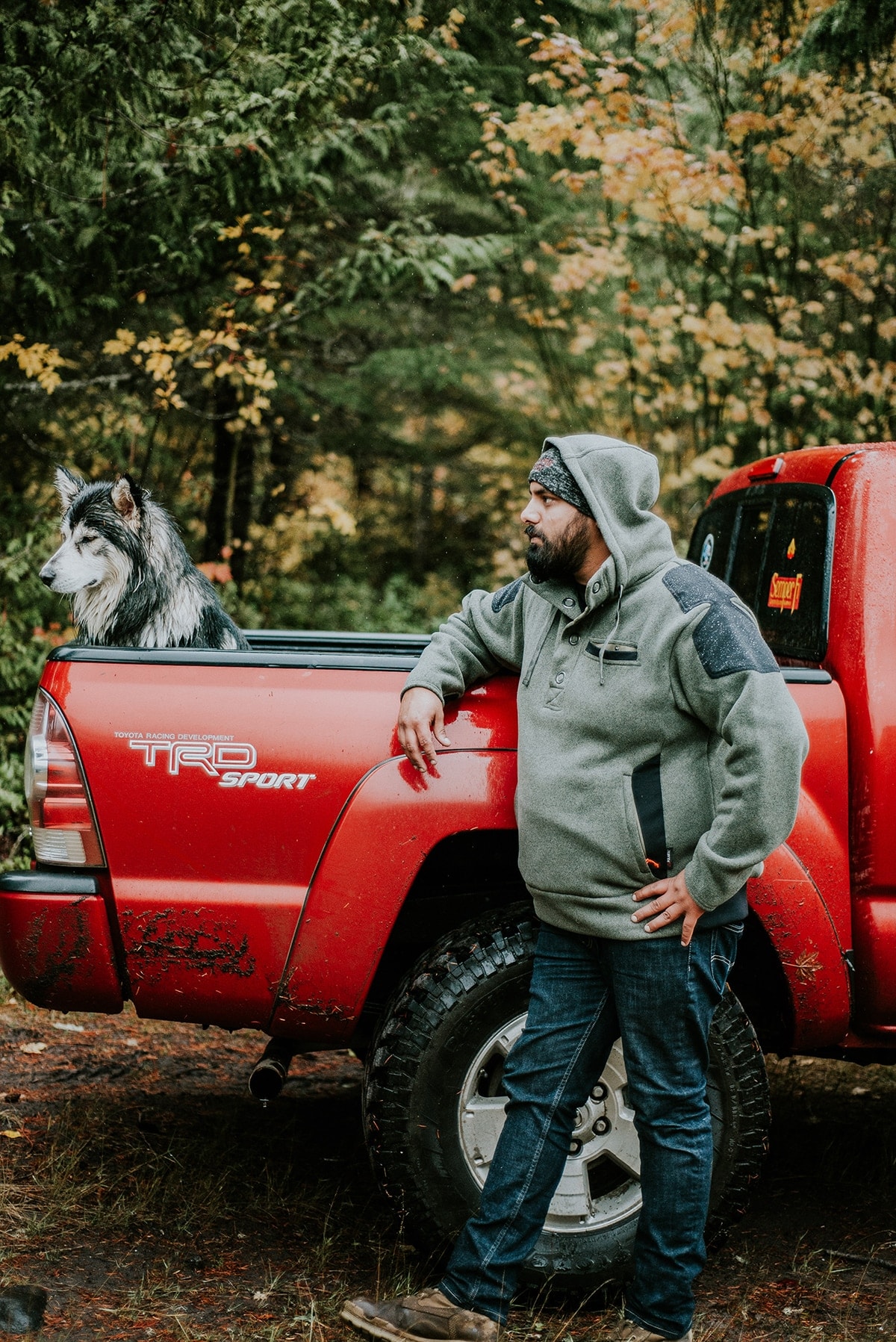 The Amabiis Responder Jacket and Hoody campaign launched in mid-November and has since become fully funded, raising over $100,000 of its original $15,000 goal. With a week left in the campaign, Abrams said the support has been overwhelming.

“It’s awesome to see all the support. For people to pay for a product months in advance of receiving it shows not only love of product, but belief and trust in the brand to perform,” Abrams said. “This not only is humbling, but is a great responsibility and motivator to perform on time and not just meet expectations, but to exceed them.”

As the Responder series’ campaign draws to a close, Abrams said Amabilis still has plenty up its sleeve with projects “simmering in the design lab.”

“Our hope is to continue to evolve Amabilis and for it to be recognized for great products that are true performers and have an edge of cool to them. We will continue to look to the classics and military heritage for our design inspiration and think of how we can also ‘protect and serve’ our customers,” Abrams said.

For now, tactical apparel enthusiasts have a few more days to join in on the Kickstarter campaign.