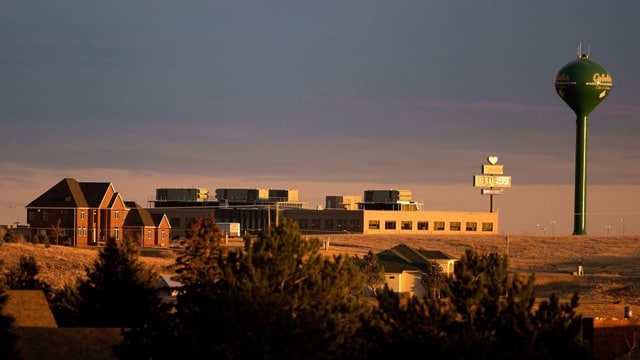 Four months after the multi-billion merger between Bass Pro Shops and Cabela’s closed, details about consolidation of the two retailers’ operations remain scarce.

Chief among the concerns for the approximately 2,000 employees working at Cabela’s headquarters in Sidney, Nebraska is how many will lose their jobs. The retailer serves as an economic anchor in the community of just under 7,000 residents.

“One of our biggest priorities is to be as thoughtful to Cabela’s outfitters and the City of Sidney as we possibly can, and go above and beyond what is required to be very fair and supportive,” the letter said.

So far, Cabela’s technology division and its four call centers — in Grand Island, Kearney, North Platte and Lincoln — will survive the merger, according to the newspaper, saving roughly 475 jobs. Morris also expressed a desire to keep “a significant accounting operation” in Sidney, as well as the local distribution center.

The company is still reviewing which positions will move to Bass Pro Shops headquarters in Springfield, Missouri and which will be eliminated. The newspaper reports the company will offer severance packages and is considering early retirement packages, too.

In the letter, Morris told employees Cabela’s “has been operating under the weight of an extremely heavy corporate payroll that is over two times greater than that of Bass Pro Shops to conduct relatively the same volume of business.”

“It is now time for a new approach and to turn around the strategies that did not work,” he said.

In its most recent financial filings — the last published before the September merger with Bass Pro Shops turned the company private — Cabela’s blamed Gander Mountain’s liquidation for its declining sales.

“Merchandise sales were challenging in the second quarter,” said Tommy Millner, Cabela’s then-chief executive officer, said in a press release in August. “Since the fall election, we have continued to see a slowdown in firearms and shooting related categories. This slowdown was even more pronounced in the second quarter due to the impact of inventory liquidation by a major competitor who has filed for bankruptcy as well as the anniversary of a number of events from a year ago, including the Orlando tragedy in June of 2016.”