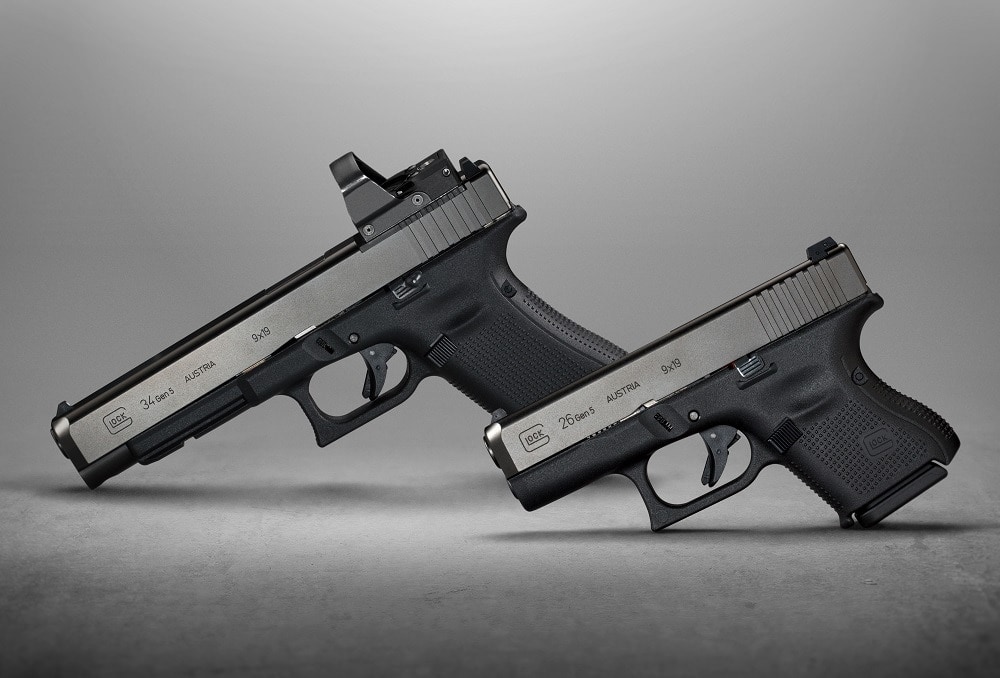 Glock has added Gen 5 variants of the G34 MOS and G26 pistols to their catalog. (Photos: Glock)

Billed as having a host of improvements from legacy designs, the Austrian polymer pistol giant has updated the Glock 26 and Glock 34 MOS to their Gen 5 standard.

Like the rest of the Gen 5 series, the guns delete the finger grooves found on prior versions while adding ambidextrous slide stops, an nDLC finish billed as reducing corrosion, a dehorned slide nose, and a redesigned trigger. The new Glock Marksman Barrel, now standard, brings enhanced polygonal rifling and an improved barrel crown which the company says promotes increased accuracy.

“The development of our Gen5 pistols was the result of the constant pursuit of perfection and a desire to meet the requests of the consumer market,” said Josh Dorsey, Glock’s vice president. “We have combined the standards of high-level performance and reliability with distinctive design enhancements to improve durability, accuracy, and performance.”

The Glock 34 Modular Optic System pistol, a longslide tactical/ practical offering with a reversible enlarged magazine catch, is set up to accommodate a wide array of slide-mounted optics with a cover plate and adapters for Eotech, Trijicon RMR and others and is pitched to competitors. MSRP is $899. 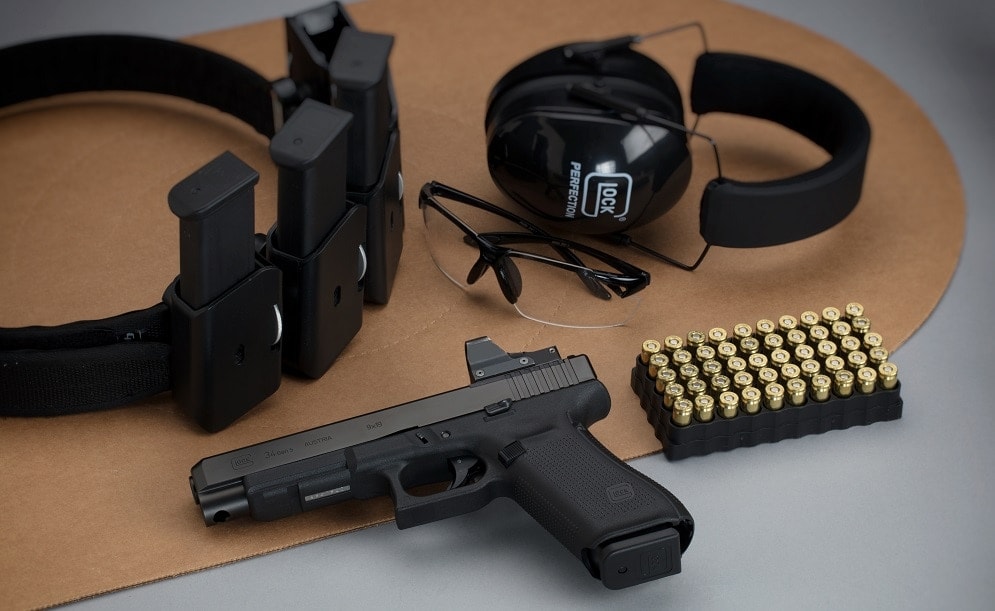 First of the “Baby Glocks,” the G26 has been on the subcompact carry market for over two decades and it is the smallest Gen 5 produced by the company. Notably, the 10-shot abbreviated semi-auto does not share the same flared mag well which is standard on other guns in the generation. MSRP is $799 with AmeriGlo Bold sights installed, $749 with Glock night sights, or $699 with standard sights. 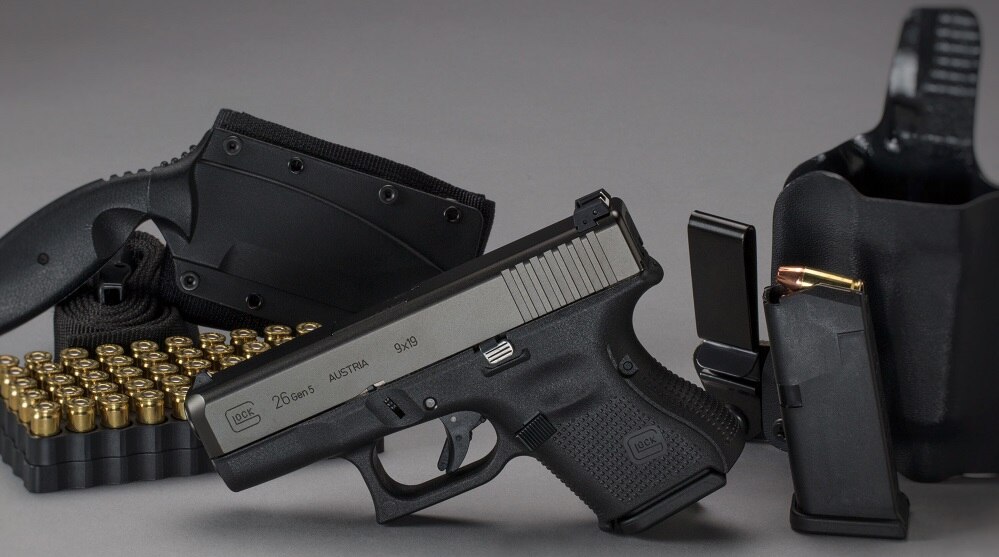 Glock introduced the Gen 5 series pistols last August in G17 and G19 variants, saying the changes were largely influenced by the requirements set by the Federal Bureau of Investigation, which awarded Glock an $85 million contract for the M-series handgun, as well as other changes required to compete for the Army’s Military Handgun System contract.

Both the G34 and G26 Gen 5 variants will be available to dealers starting Jan. 22.