Huntertown Arms closes shop due to 'softness' in suppressor market 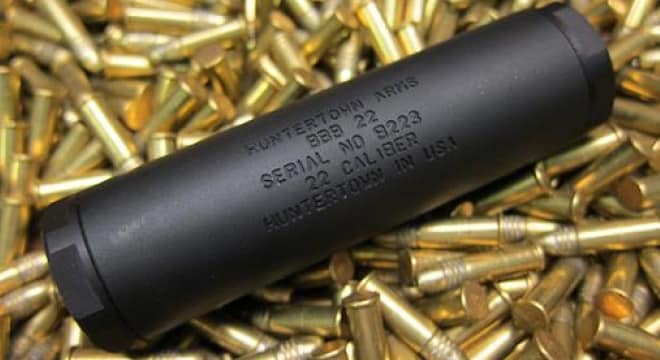 Huntertown produced a number of suppressors in their Chameleon, Guardian and Kestrel lines. (Photo: Huntertown)

Indiana-based suppressor-maker Huntertown Arms has announced they are waving the white flag and leaving the industry after nearly a decade.

The company’s social media account is offline while a notice on their website says that production, repairs, sales, and upgrades are halted but cautions that those whose suppressors are currently being serviced will be completed and returned.

“Due to ongoing softness in the suppressor market, Huntertown Arms is ceasing operations,” says the site. “For all who have supported our products over the past eight years, we thank you.”

With the motto “Silencers For Everyone,” the company’s inexpensive Chameleon series rimfire suppressors, 10/22 integrally suppressed replacement barrels, Guardian handgun cans and Kestrel rifle suppressors achieved a bit of popularity and frequently popped up in the hands of a number of prominent members of the gun community including on the Military Arms Channel and Jeff Zimba’s Big Shooterist channel.

Founded in 2010, a year that saw some 719,000 applications to make and transfer National Firearms Act weapons and devices filed, Huntertown rose the crest of an NFA boon. Four years later, with twice as many forms processed nationwide, company officials would say Huntertown “experienced rapid, hockey-stick like growth since its inception” and, if anything, they lacked “the capacity to meet the incredible and growing demand for our silencers.”

However, the triple-punch of new ATF 41F rules, the election of pro-gun (and seemingly pro-suppressor) President Donald Trump and the rebooted Hearing Protection Act’s promise of suppressor deregulation produced a chilling effect on those buying new cans. This, coupled with the fact that the number of suppressor manufacturers has never been higher– and include moves into the market from such traditional giants as Ruger, SIG and Smith & Wesson–  has led to industry layoffs at even large suppressor makers such as SilencerCo and more pressure on small shops.

Adam Johnson with the NFA Review Channel pinned the blame for Huntertown’s demise on those who are putting off potential suppressor purchases to see if and when the Hearing Protection Act passes.

“It saddens me that an American company has to close its doors over this,” he said.