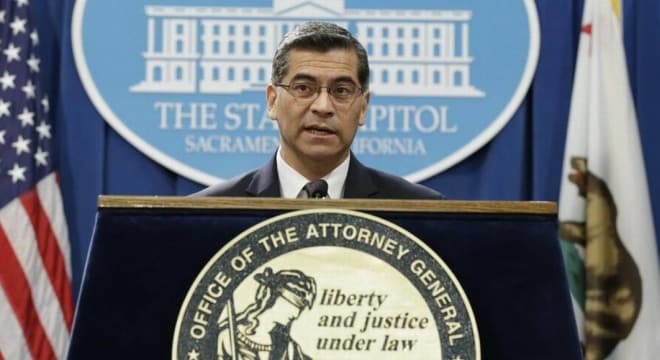 California Attorney General Xavier Becerra’s office is warning those in the state who have firearms that meet the expanded definitions of an assault weapon have until July 2018 to register their guns. (Photo: The Fresno Bee)

A group of individuals and Second Amendment groups are asking the courts to step in and block the state’s pending new regulations on “bullet-buttons” and assault weapons.

In an amended complaint to a suit filed in state Superior Court, four gun owners– George Holt, Irvin Hoff, Michael Louie, and Rick Russel– contend many the firearms they have legally owned or built are now subject to new retroactive mandates from an out-of-control California Department of Justice that is flexible with the enforcement of new laws passed in 2016.

Joining the lawsuit is a National Guard soldier, Sgt. Craig Stevens, who has a homemade rifle that now requires a serial number under state law, which he is unable to get because he is deployed overseas. Though Stevens tried to submit the information to regulators before he deployed, he was advised the state is not currently providing serial numbers yet.

“The Department of Justice has grossly exceeded their authority and is illegally imposing its will on thousands of California gun owners,” said Raymond DiGuiseppe, a former California deputy attorney general among those representing the Second Amedendment advocates. “Their regulations and actions undermine the rule of law and put potentially hundreds of thousands of people at risk for serious criminal liability.”

Gov. Jerry Brown signed SB 880 and AB 1135 into law in 2016, mandating changes to how the state defines and regulates assault weapons, however, there has been a shifting series of proposed new rules from DOJ on how to interpret the new laws, which were withdrawn several times. Under the guidelines, those in the state who have firearms that meet the expanded definitions of an assault weapon will have until July 2018 to register their guns through the California Firearms Application Reporting System– and the clock is ticking.