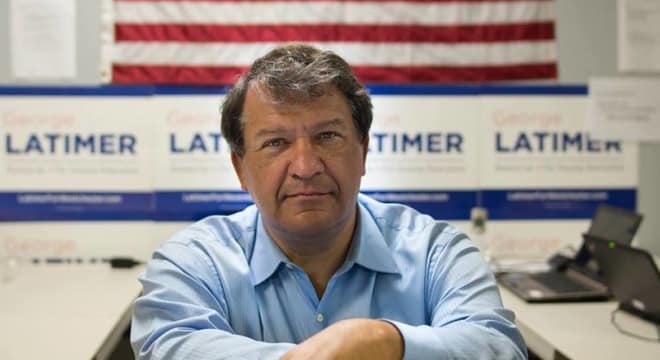 “While I am a strong supporter of the Second Amendment, I do not believe that there is any proper role for government in promoting guns and gun paraphernalia,” said Latimer. (Photo: George Latimer via Twitter)

Democrat George Latimer took office Monday as Westchester County Executive and among the first order of business was to bounce future gun shows.

Latimer in November defeated two-term Republican incumbent Robert Astorino for the spot as head of the executive branch of the million-resident county in the Hudson Valley and his First Year Plan includes prohibiting gun shows from the County Center. The new county head said he felt having gun shows on government property did not reflect the community and signed an executive order this week temporarily banning future events.

“While I am a strong supporter of the Second Amendment, I do not believe that there is any proper role for government in promoting guns and gun paraphernalia,” said Latimer. “Additionally, the Westchester Gun Show has brought with it horrendous problems, including the availability of Confederate and Nazi memorabilia.”

According to local media, the last show held at the Center in early 2017 drew about 7,500 over two-days and a spokesman for then-county boss Astorino said the event was “well-run and well-attended.” The Democrat-heavy county legislature had previously voted 9-8 to ban further gun shows, a move Astorino vetoed, saying there was no basis for a restriction.

While Republicans on the county’s board bemoaned the move by Latimer, Majority Leader Catherine Borgia, D-Ossining, said it was a “great first start” to 2018.

“It’s not appropriate for the government to make money selling weapons to its citizenry,” said Borgia. The County Board of Legislators is expected to pursue a permanent ban.

Northeast Gun Shows, organizers of the Westchester Gun and Knife Show, does not have the even scheduled on their calendar for 2018.