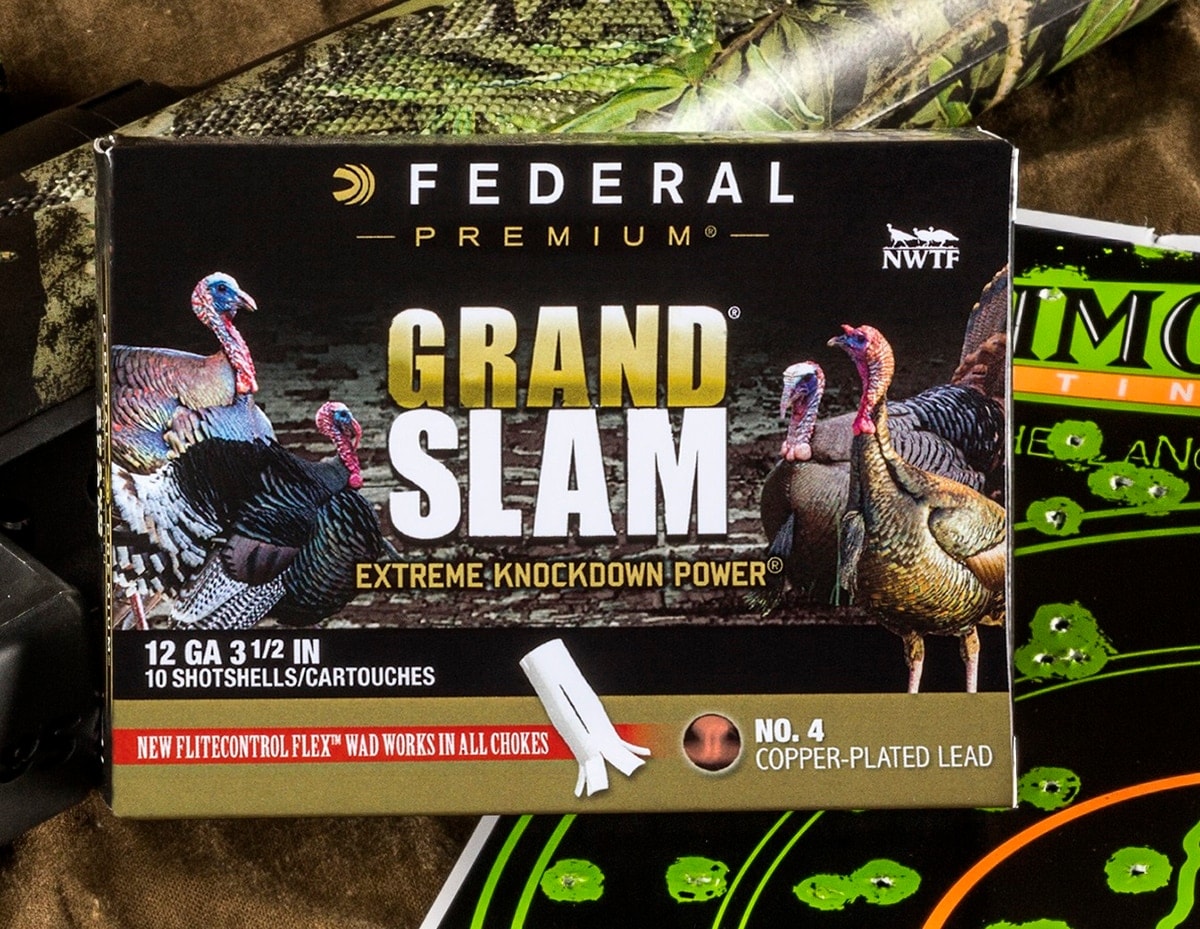 Each new series employs Flitecontrol Flex wad, first launched on the company’s redesigned Black Cloud waterfowl shotshells. The flex wad looks to improve pattern density as well as consistency when fired out of ported and non-ported chokes, the company said.

“The wad’s redesigned rear-deploying brake fins and side-mounted vents stimulate the payload for separation from the wad at precisely the right moment for the densest, most consistent patterns possible,” Dan Compton, shotshell product line manager, said in a statement.

While the trio of new shells all sport the Flitecontrol Flex, they each feature variations offering a more diverse lineup for turkey hunters.

The Grand Slam shells push the range and lethality of conventional loads, packing plenty of pellets within a 10-inch circle — all the while remaining an affordable option. 3rd Degree with Heavyweight TSS utilizes a three-stage payload made from No. 7 Heavyweight TSS shot, No. 6 Flitestopper lead and No. 5 Premium lead. The combo allows hunters to down birds up close or all the way out to 50 yards. Heavyweight TSS tops off the series, delivering a high pellet count, up to double that of similar weight loads, according to Federal.

“TSS has a density of 18 grams per cubic centimeter and is harder than steel,” Federal Premium shotshell engineer Adam Moser said in a press release. “The increased density retains velocity and the hardness prevents pellet deformation, which improves pattern efficiency, penetration and extends lethal range.”

The series will boast a variety of sizes to accommodate hunter preferences. The new product lines will officially launch at SHOT Show in late January.