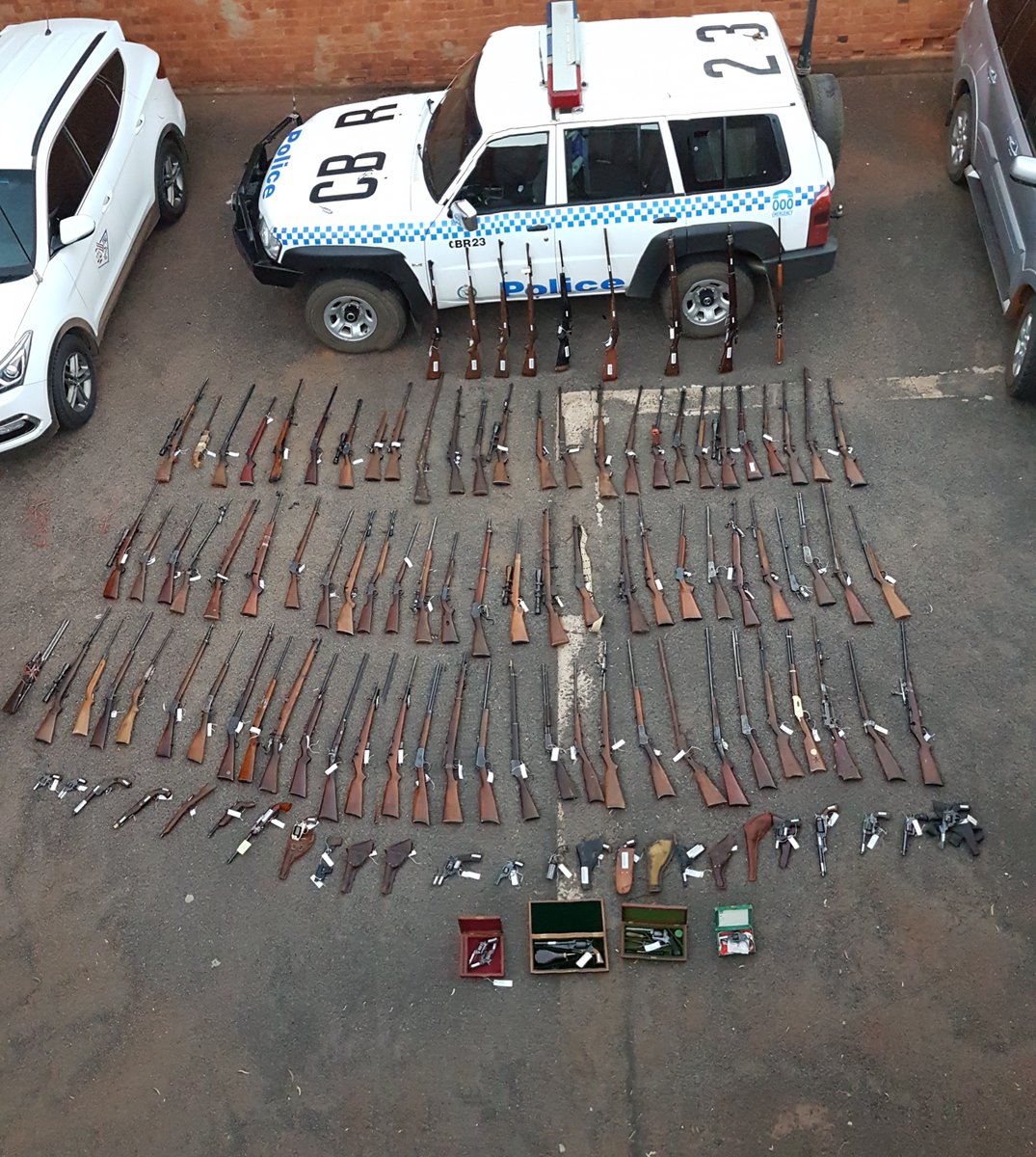 Police were visiting the licensed firearm owner to conduct an audit of his guns (Photo: NSW Police)

A licensed firearm owner from the Outback area was arrested after local police found that he had far more guns in his home than he had registered.

Police in New South Wales reported that an unidentified 56-year-old man was arrested in the Cobar area, a small copper mining town about 450 miles northwest of Sydney, on weapons charges. Officers visited the man on New Year’s Eve for the purpose of conducting an audit of his registered guns.

“During a subsequent search of the property, officers located and seized 118 firearms, including revolvers, rifles, shotguns and shortened rifles,” said the agency. At least 109 were not registered under Australian law.

An accompanying photo of the impound shows a wide variety of collectible vintage Lee-Enfield, Martini-Henry, and Winchester rifles including several lever-actions. Other relics include a Swiss-style Vetterli rifle, an American-made P14 Enfield, and what looks to be at least one Canadian Ross rifle. Handguns appear to include a range of black powder cap and ball revolvers, an S&W M1917 and several Webley revolvers. A number of fowling pieces and barreled actions are among the lot.

The man has been charged with “unauthorized possession of firearms in circumstances of aggravation and not keeping firearm safely,” and is pending a court hearing later this month.

Those who illegally possess a firearm in Australia face a fine of up to A$280,000 ($219,000) and 14 years in jail, and a criminal record for being otherwise caught with an unregistered or illegal gun. The country recently completed the first national firearms amnesty since 1996, reporting that 51,461 firearms of all types were turned over to police in a three month period.