Just in time for the 203rd anniversary of the Battle of New Orleans, authorities returned a historic rifle that disappeared from a museum in the city decades ago.

The Louisiana State Police, in conjunction with the FBI’s Art Crime Team, was able to return the only known weapon documented and traced back to the 1815 Battle of New Orleans to the Confederate Memorial Hall Museum.

The .38-caliber flintlock long rifle was made by in 1810 by gunsmith John Jacob Sheetz, Shepherdstown, Virginia, during the “Golden Age” of the Kentucky-style rifle. Its claim to the city and American history is that it was owned and used by a New Orleans citizen, flour inspector William Ross, who was a member of Capt. Thomas Beal’s Company of Orleans Riflemen, an area militia unit composed of local merchants, that served under Gen. Andrew Jackson in the battle for the city during the War of 1812 against the British. 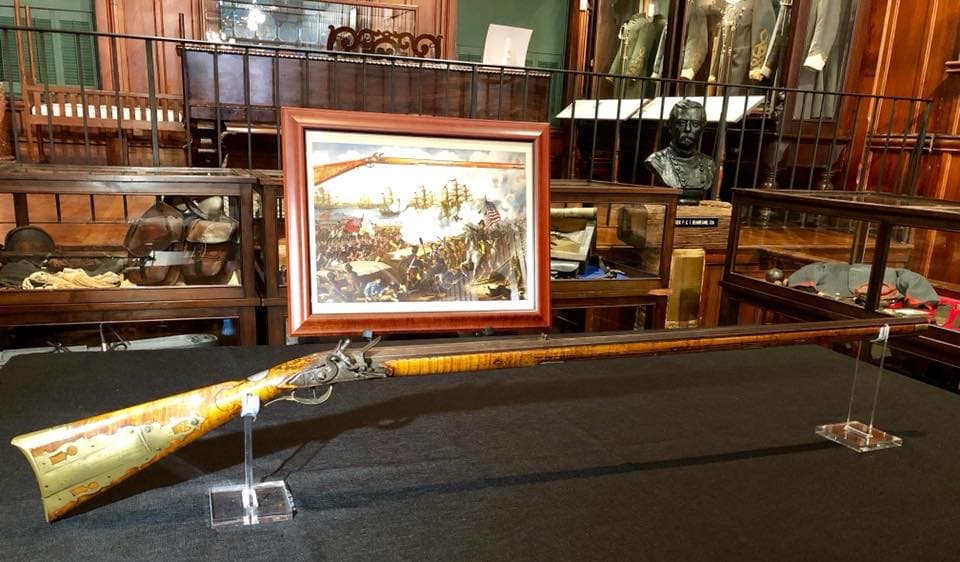 The .38-caliber flintlock longrifle was made by in 1810 by Shepherdstown, Virginia gunsmith John Jacob Sheetz during the “Golden Age” of the Kentucky-style rifle. (Photos: LSP)

As noted by the New Orleans Times-Picayune, the gun had been donated to the museum in 1884 by Ross’ grandson, Elijah Steele Ross, and was carried on the Hall’s inventory through at least the 1960s before it appeared on the market at a French Quarter dealer in 1982 without the museum’s knowledge. Years later, it was held openly as part of the Linda and Robert Melancon collection, was part of a public art exhibition in the city from 2005 to 2006, was copied by custom rifle makers, and mentioned in gun publications, the latter of which, as reported by the New Orleans Advocate, garnered attention from museum officials who enlisted the help of the FBI last year to reclaim the lost artifact. 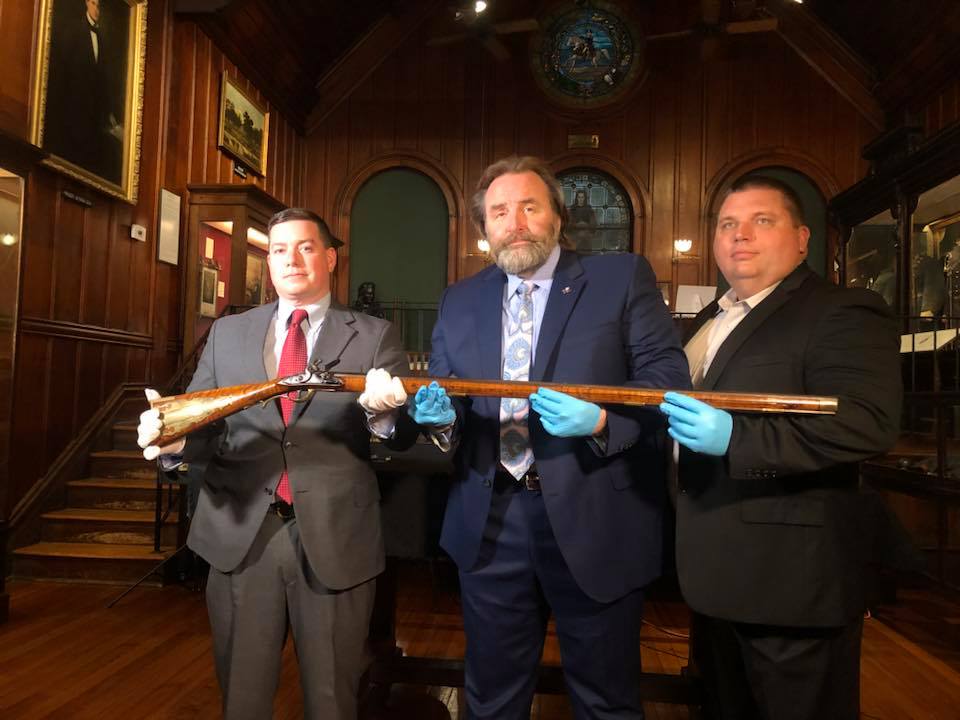 FBI Special Agent Randolph Deaton said the gun was “hiding in plain sight,” while it was missing, saying, “the people who possessed the rifle for the past 30 years were extremely cooperative,” during the investigation which recovered the rifle from a Louisiana home last November.

As for the museum, they are just happy the relic is back “home” and is once again on display.

“Not even the Smithsonian has one of these,” said Keith Cangelosi, the president of the museum’s board of directors. “We’re glad to have it back.”