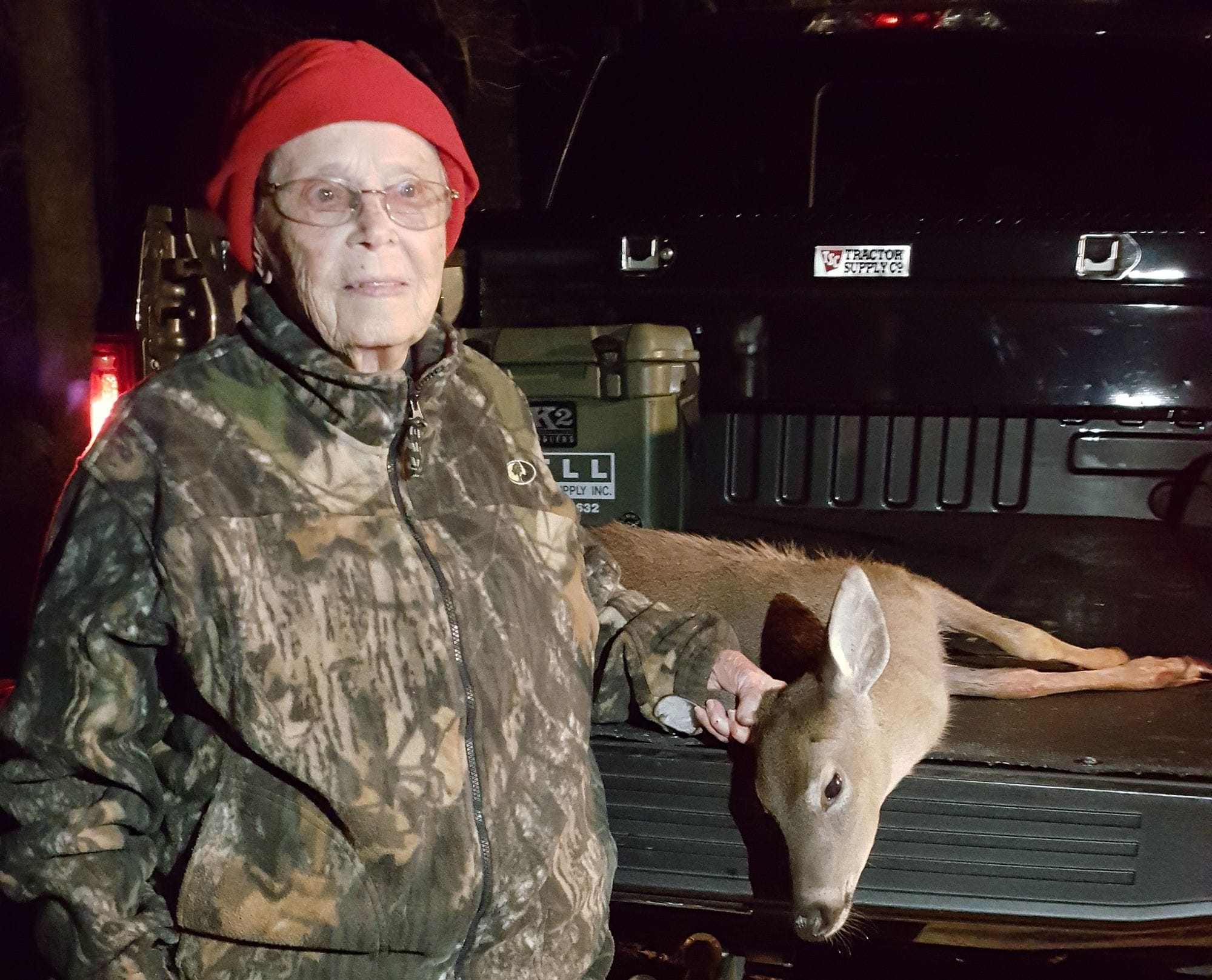 “I don’t know why everybody is making such a big deal about it,” Vickers said. “If I’d killed a big buck I could see it, but it was just a doe.” (Photo: Clarion-Ledger)

Bertha Vickers of Morgantown, Mississippi started hunting during the Great Depression to help put food on the table and never stopped.

The newly turned centenarian was born in 1918 and celebrated her 100th this week only days after an image of her harvesting a doe from the Magnolia State’s woods went viral on social media.

“One of my neighbors invited me to come sit in a (shooting) house,” Vickers told the (Jackson) Clarion-Ledger of her two-day hunt, the first day of which left her empty-handed. On the second, she took a doe with a .243. News of Vickers’ whitetail success story quickly circled the internet, which left her puzzled.

“I don’t know why everybody is making such a big deal about it,” she said. “If I’d killed a big buck I could see it, but it was just a doe.”

The Oktibbeha County native recalled eating lots of quail during the Depression, but she switched to deer and turkey by the 1960s accompanied by her hunting partner husband who passed in 2000. She is reportedly still a fan of squirrel hunting whenever she isn’t cutting her own grass or working in her garden and looks forward to getting in some fishing once the weather warms up.