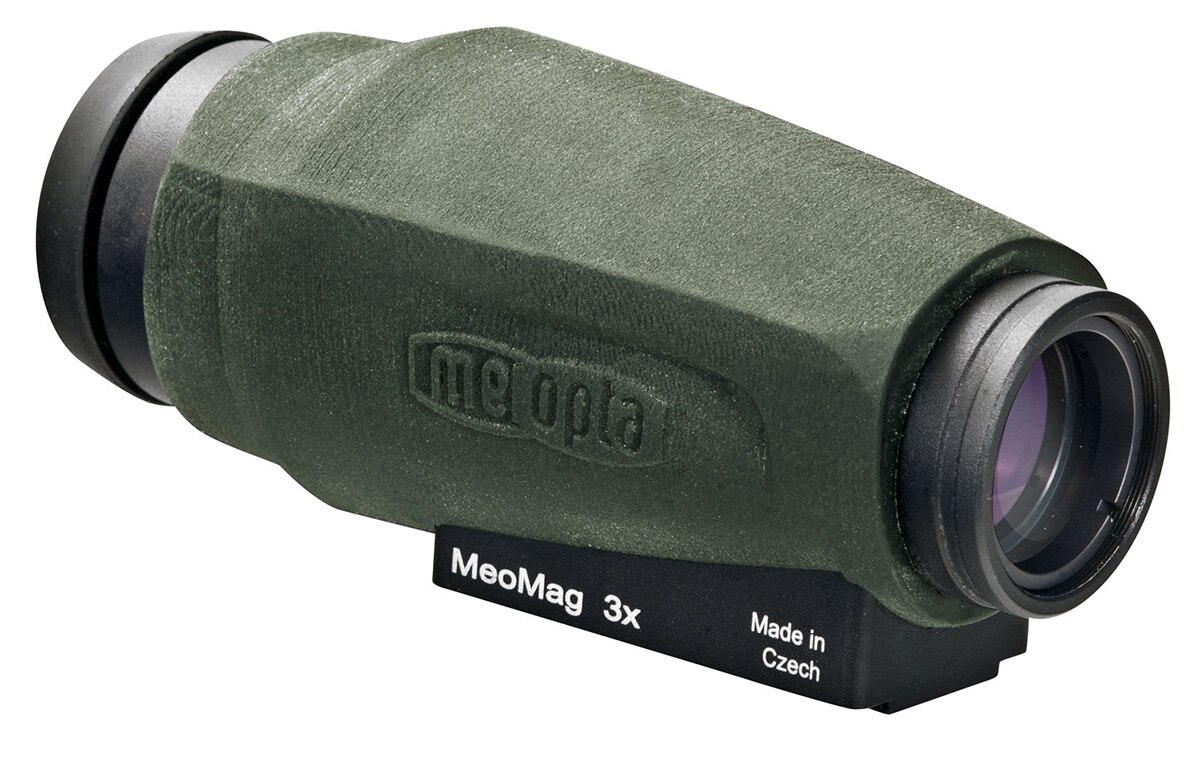 The MeoMag 3x pairs with red dots or can be used as a monocular. (Photo: Meopta)

“The MeoMag 3x is ideal for use with our MeoRed T, MeoRed T-mini, MeoSight III, M-RAD and all other red dot sights on the market today,” said Reinhard Seipp, general manager of Meopta USA, in a statement. “When extra magnification is required for longer shots, the MeoMag 3x can be swiftly attached with the quick release mount and removed when additional magnification is no longer needed. A hinge mount is also available that allows the user to quickly flip the magnifier to either the right or left and out of the line of sight at a moment’s notice.”

The MegoMag 3x boasts waterproof, fogproof and shockproof capabilities and ships with a Fast Opening Lens Cover. MSRP is set at $999.