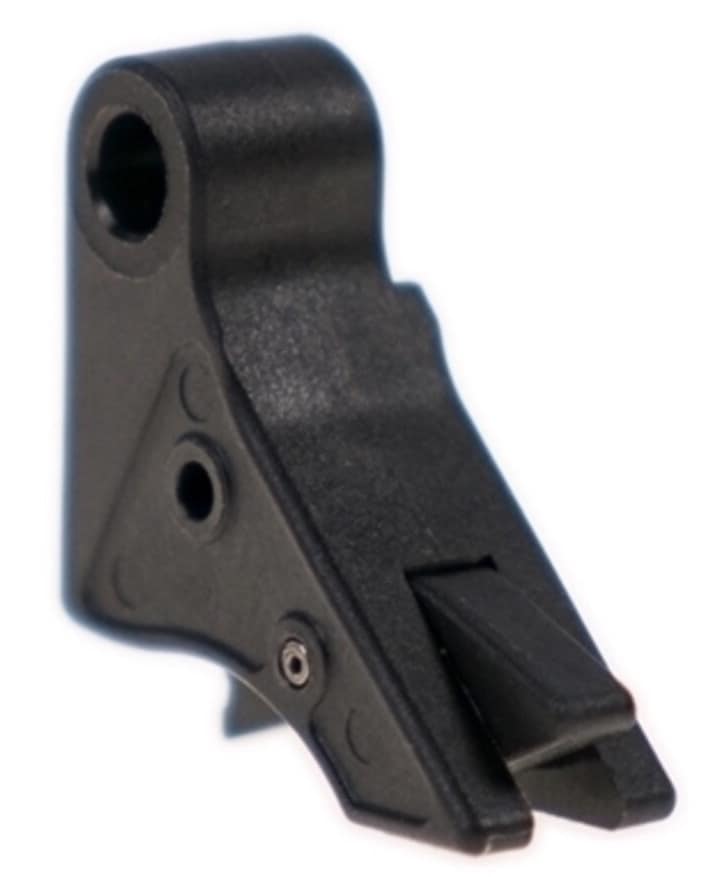 Overwatch Precision is set to launch an all new flat-faced, polymer trigger for Gen 2 through Gen 4 Glock pistols at SHOT Show later this month.

The new trigger is a polymer version of the company’s Defensive Applications Trigger. The DAT is designed to offer a flat-faced front that works alongside Glock’s internal safeties and does not alter the pistol’s safe-action system.

“The polymer DAT will encompass the existing properties of our TAC and FALX triggers with pre-travel reduction while introducing a higher thermal resistance during high round count sessions with the polymer construction,” AJ Whisler, Overwatch Precision’s COO and co-owner, said in a press release. “It will be offered for all calibers with a polished OEM trigger bar, available in black, and carry our lifetime warranty.”

Though no details have been released on pricing, the company’s current aluminum DAT runs $99.

Overwatch says the polymer DAT will premiere at SHOT Show in Las Vegas but will be ready to head to consumers April 1st.