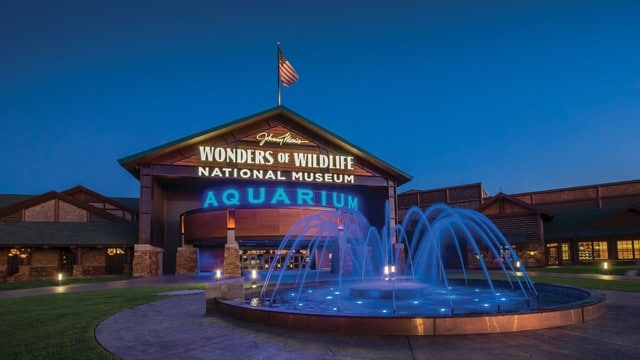 The Wonders of Wildlife National Museum and Aquarium opened in September after Morris spent more than a decade planning the 350,000-square-foot facility near Bass Pro Shops headquarters in Springfield, Missouri.

“This recognition is a tribute to hunters, anglers and conservationists everywhere whose significant contributions have been protecting our nation’s fish and wildlife for generations,” he said of the win, announced Friday. “We are deeply grateful to all of the remarkably talented artists, craftsmen and women, leading conservation organizations, biologists and other supporters who contributed to the creation of this facility, and to each and every person that voted – thank you!”

Wonders of Wildlife features 4-D interactive trails and exhibits with 35,000 species of fish, mammals, reptiles and birds. Morris said the museum celebrates “people who love to hunt, fish and act as stewards of the land and water.”

“Safari Club International recognizes the critical need for places like Wonders of Wildlife to relay to the world the importance of humanity’s hunting culture and how hunters, using science-based sustainable resource conservation efforts, can help assure healthy wildlife populations forever,” he said.