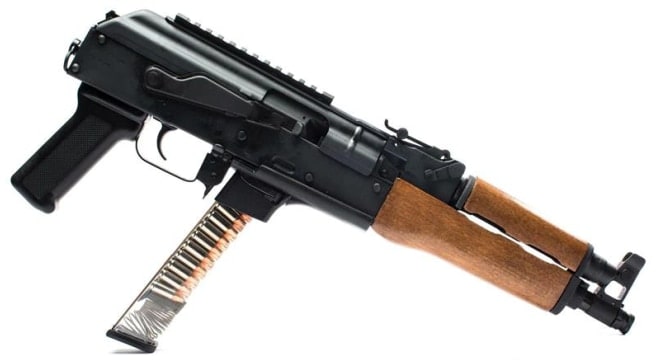 Info has surfaced that Century Arms intends to expand their AK style pistol lineup to include an offering in 9mm para–the Draco NAK9– set up to run off Glock magazines.

Circle 10 announced the newest Draco, which is a departure from the more traditional 7.62x39mm and 5.56mm shorty Kalash-style handguns that Century has been building and importing for years.

The Romanian-built NAK9 uses a cold hammer forged chrome-lined barrel and has a Picatinny rail dust cover behind iron sights. The magazine well is compatible with Glock 9mm double stacks and ships with a single 31-round mag. The outsized 6.38-pound pistol uses a wooden AKM handguard and plastic pistol grip and includes a rear sling mount, though many will no doubt pair it with a stabilizing brace. Overall length is 19.1-inches with an 11.4-inch barrel that ends in 14×1 LH threads for those seeking to add muzzle accessories. 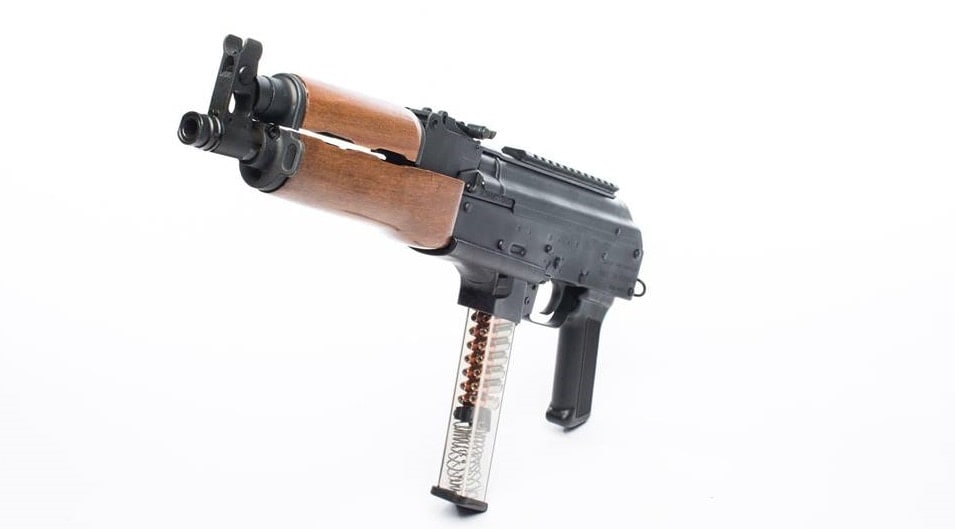 The gun is not the first AK 9mm on the market, following in the wake of Definitive Arms’ AKX-9 and Kalashnikov USA’s long-promised KR-9 series, but anything Draco has been a hot seller recently and who doesn’t love the aesthetics of a semi-auto version of the Russian Vityaz submachine gun? Plus there is always the option of filling out a Form 1 and turning it into an SBR.

MSRP on the NAK9 is $725, in line with the other Draco offerings, and the gun will be available post-SHOT Show, where it will no doubt prove a head turner at Century’s booth.