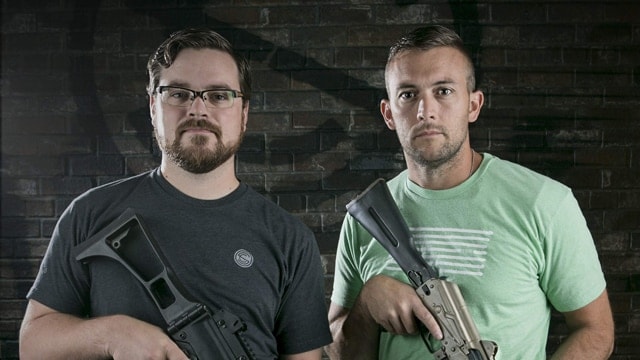 SilencerCo started the search for a new CEO this month after its founding leadership stepped down to pursue different roles within the company.

Joshua Waldron and Jonathon Shults resigned from their respective positions as chief executive officer and president this week, a decade after welding together their first suppressor in a garage in Utah.

SilencerCo also became invested in state and federal gun policy, joining alongside the National Rifle Association and the American Suppressor Association to expand access to silencers across the country. Waldron — a leading voice behind the Hearing Protection Act — said he will dedicate his time serving as the company’s senior advocacy advisor to furthering firearms legislation.

“After years of grit and hard work, SilencerCo is poised to succeed,” he said. “It is now time for me to turn my focus to advocacy for the company and its industry. Resigning from my current duties as CEO will allow for more time spent in the legislative arena, furthering the scope and influence of SilencerCo products in the future.”

Shults will transition into SilencerCO’s chief operating officer, overseeing the day-to-day operations and the company’s product innovation — his strength and passion.

“SilencerCo is responsible for suppressor industry innovation,” he said. “As Chief Operating Officer, I look forward to working with our team to ensure that we stay at the forefront of firearm suppressor design and technology.”

Both men retain the largest shares of equity in the company and will sit on the board of directors to maintain control of SilenerCo’s direction moving forward.