That time the CIA shot down an airplane with an AK-47...from a helicopter 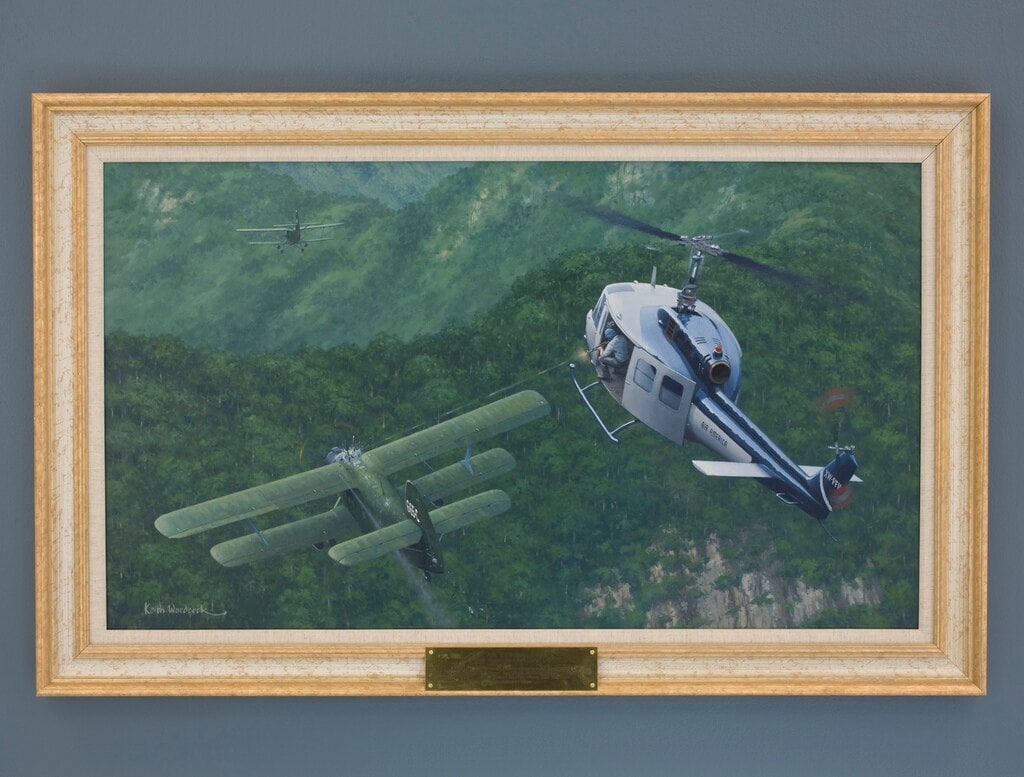 “An Air Combat First” painting by Keith Woodcock in the CIA’s collection remembers the occasion that an Air America helicopter fought off an attack on a remote radar site just over the North Vietnamese border with Laos. (Photo: CIA)

Some 50 years ago this week, a helicopter that wasn’t officially there fended off an attack on a post that didn’t officially exist, with the help of a single Kalash.

During the Vietnam War, Lima Site 85 was a secret radar station atop a mountain in northeastern Laos known as Phou Phath staffed by U.S. Air Force personnel under civilian cover, guarded by Hmong commandos, and supplied by the CIA-run Air America cargo service. The important site — just 150 miles or so from the North Vietnamese capital of Hanoi as the bomber flies — became a valuable target once the word got out of its existence and on the afternoon of Jan. 12, 1968, four North Vietnamese AN-2 Colt biplanes armed with improvised bombs set out to attack the facility.

That’s when an unarmed civilian-marked Air America Co. UH-1 Huey flown by Ted Moore, which was delivering supplies to the base at the time, gave chase to the Vietnamese attack craft and soon brought the lead plane under fire with some well-placed 7.62x39mm rounds courtesy of flight mechanic Glenn Woods’ personal carry gun.

“Woods pulled out his AK-47 rifle and began firing at the lumbering biplane,” says the agency, who went public with the incident in 2007. “The pursuit was relentless, continuing for more than 20 minutes until the second Colt (hit by ground fire) joined the first in an attempt to escape back into North Vietnam.”

In the end, the bullet-riddled biplane that was Woods’ target crashed.

As noted by the spy agency, “This daring action by Moore and Woods gained them—and Air America—the distinction of having shot down an enemy fixed-wing aircraft from a helicopter—a singular aerial victory in the entire history of the Vietnam War.”

Sadly, Site 85 was overrun in March 1968 in a more determined attack and Woods lost his life the next year in Laos — but the CIA Museum still has the throttle that came from the downed AN-2’s wreckage in their collection. 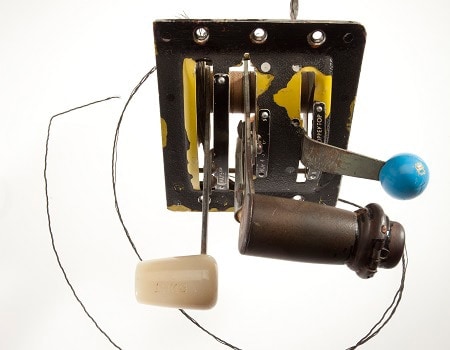