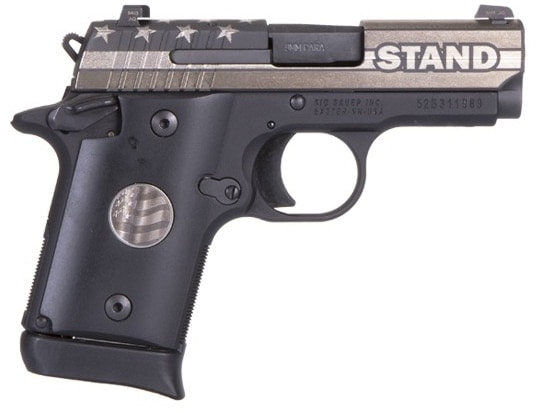 The P938 is a 9mm micro-compact handgun designed to conceal as easy as .380 pistols. (Photo: Sig Sauer)

Sig Sauer releases another new pistol this time in mini format with the P938 Stand, designed to honor U.S. veterans and first responders.

The 9mm pistol features an engraved slide boasting the image of the American flag against the words “Stand” on the ejection port side of the handgun. The P938 sports custom black grips with a medallion embossed with a flag seemingly in flight.

The micro-compact semi-auto is outfitted with a stainless steel slide and frame and 3-inch carbon steel barrel. The gun measures 5.9-inches in total length, standing 3.9-inches tall and weighing 16-ounces. With a 7+1 capacity, the P938 serves up an ambi thumb safety for all the south paws in the crowd.

Sig Sauer says it partnered with United Sporting Companies to bring the P938 to life and to donate a portion of proceeds from the pistol’s sales to Honored American Veterans Afield as well as Concerns of Police Survivors. HAVA provides support for wounded vets and active duty military while COPS aids the families of fallen law enforcement officers. 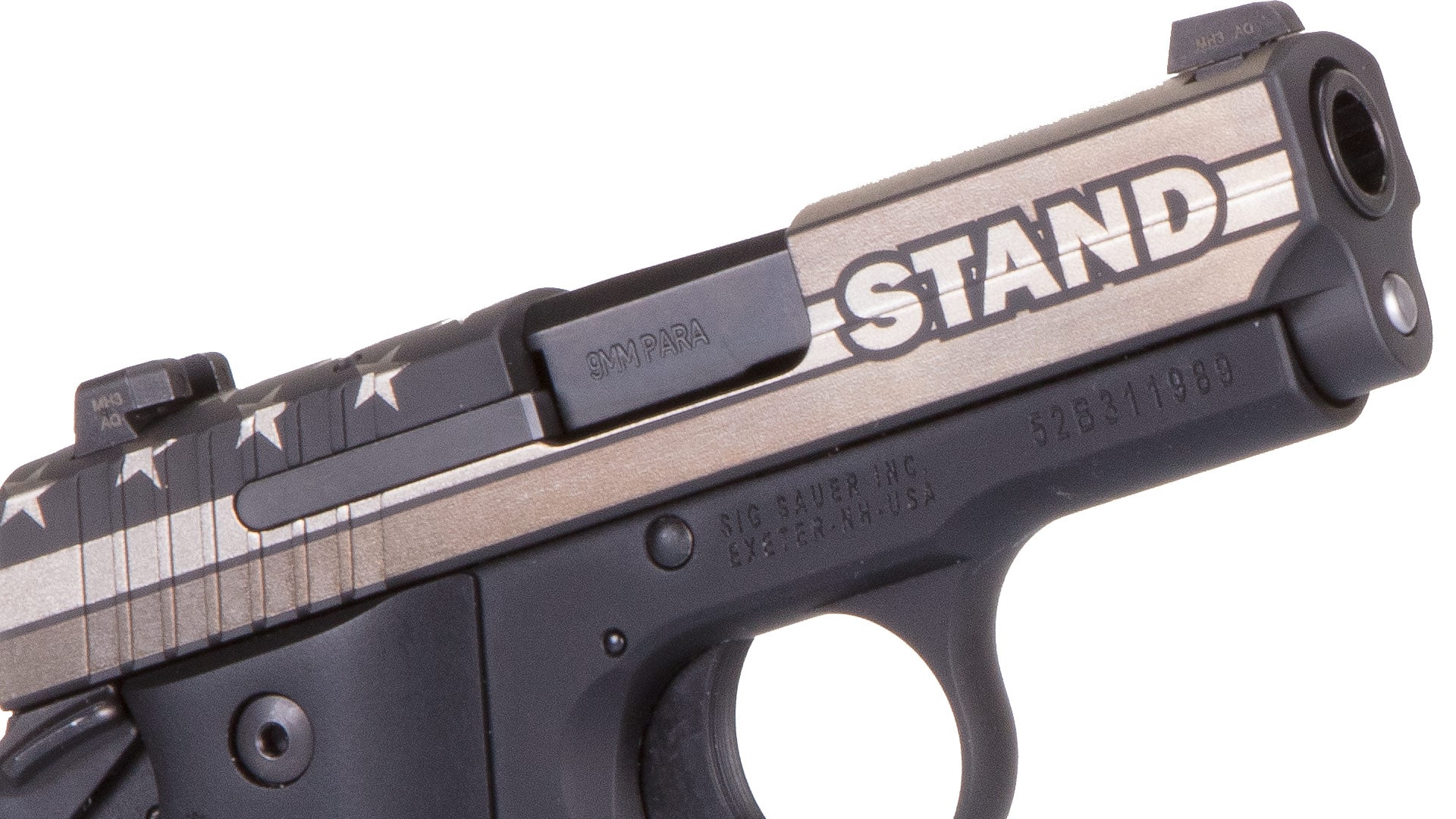 The pistol flaunts the word “Stand” emblazoned on the slide to honor police and veterans. (Photo: Sig Sauer)

“When United Sporting Companies approached us with the Stand concept, we immediately thought it was an outstanding idea to show support for our country and our flag, and all they stand for,” said Tom Taylor, Chief Marketing Officer and Executive Vice President for Commercial Sales at Sig, said in a statement. “It is important to us at Sig Sauer to find ways to work with service organizations like HAVA and COPS in order to support our injured veterans and the families of fallen law enforcement officers. That commitment is at the very core of Sig Sauer’s DNA.”

For its part, United Sporting Companies said the pistol is a means to give back to those that sacrifice so much.

“We felt that the Stand idea was a great idea to honor our country and those who serve America,” said Brad Johnson, CEO of United Sporting Companies, in a press release. “Our veterans and first responders are the finest examples of what we as a country have to offer. Their selflessness and commitment to put the needs of others above their own deserves our admiration and eternal gratitude, and we should all do what we can to support those who have given so much.”

The Stand is scheduled to start shipping in mid-January carrying a MSRP of $815.