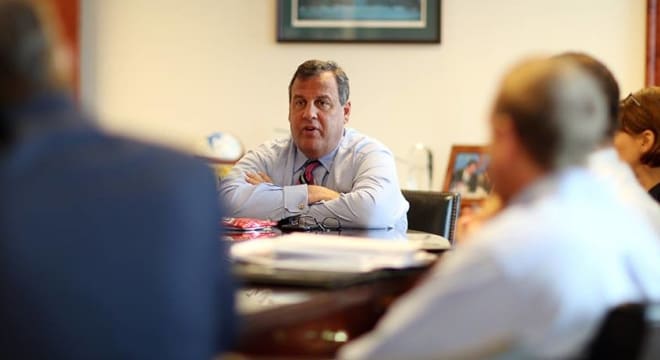 Christie on Friday announced a series of pardons for those convicted of crimes in the Garden State, including several that have been symbols for reforming New Jersey’s gun laws. (Photo: Governor’s office)

On his last week in office, outgoing New Jersey Gov. Chris Christie granted over two dozen pardons including several to those who had been ensnared by the state’s firearm laws.

Christie granted 26 orders for clemency, almost all pardons, bringing his eight-year total of such actions to just 55. Among those granted relief were media consultant Brian Aitken and Marine Sgt. Hisashi Pompey, men who had been arrested and found guilty of criminal weapon possession even though they had clear records and owned guns legally bought outside the state.

Aiken, arrested in 2009 with two locked and unloaded handguns he had purchased legally in Colorado in the trunk of his car, had originally been sentenced to seven years in prison and released after four months following a commutation order from Christie in 2010. Aiken later wrote a book about his experience, subtitled, “How the Left’s War on Guns Cost Me My Son and My Freedom.”

Pompey, a veteran of two tours in Afghanistan, had a clean record prior to a 2011 encounter in which police found him with a handgun but no New Jersey carry permit. Facing three years in prison, Christie issued a commutation order last year just days before the serviceman was to report to jail.

“It was a big life-changer,” said Fregm, a Pennsylvania concealed carry permit holder arrested in 2015 with a loaded handgun in the back of his car. “Everyone was super excited.”

This month’s actions were not the first time Christie acted on those with weapon charges. He granted pardons to Pennsylvania mother Shaneen Allen, arrested in October 2013 after being pulled over by a state trooper with a gun in her car and Steffon Josey-Davis, an armored car driver who received a second-degree felony for carrying his legally-purchased, but loaded handgun in his glove box.

Christie is being replaced by Phil Murphy, a Democrat who has pledged to get “tough on gun violence” with the strong endorsement of gun control advocates. Among his platform promises were to direct the state attorney general to step up enforcement of New Jersey’s gun laws. Murphy, who retired from a 23-year career at Goldman Sachs before moving on to high-ranking positions in the Democrat party and a stint as President Barack Obama’s ambassador to Germany, beat out his Republican rival, Lt. Gov. Kim Guadagno.