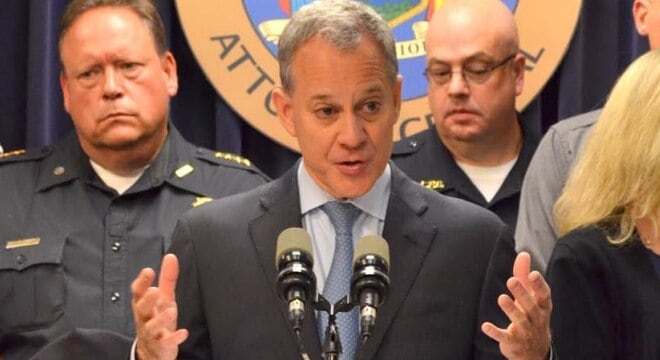 A federal court last week dismissed a lawsuit brought by a number of New York residents backed by a county Libertarian party over the state’s restrictive handgun permitting rules.

The challenge, brought by seven New Yorkers and the Libertarian Party of Erie County, was a constitutional claim against the state’s century-old firearm laws on both Second and 14th Amendment grounds. In a nutshell, the claimants argued the state did not have the authority to require licenses to possess a handgun. The court, in a decision by Chief Judge Frank Paul Geraci Jr., a 2013 nomination by President Obama, disagreed with the gun advocates’ argument.

“While NYS’s firearms licensing laws implicate the core Second Amendment right, they do not substantially burden it,” said Geraci, going on to say, “The licensing laws place no more than ‘marginal, incremental, or even appreciable restraint on the right to keep and bear arms.'”

The suit, brought in 2015, argued there are a number of unconstitutional roadblocks to obtaining a handgun in the Empire State — chief among these being the Sullivan Act. The law, one of the first gun control statutes in the nation, dates back to 1911 and requires anyone desiring a firearm small enough to be concealed to obtain a license. Among the plaintiffs in the case, some held that such licenses can be elusive, with applicants often waiting years or denied outright.

New York Attorney General Eric Schneiderman, named along with others state leaders as defendants in the case, welcomed the news of the suit’s dismissal, saying it was a “victory for sensible gun laws” and contending that “Common sense guidelines that ensure guns don’t fall into the wrong hands are critical to our public safety.”

James Ostrowski, a lawyer for the local Libertarian party, told The Buffalo News his clients were not surprised by the ruling and planned to appeal the case to the U.S. 2nd Circuit and the Supreme Court if needed.

“There’s a right to bear arms but it’s only a privilege in New York State,” Ostrowski said.

The ruling comes only a fortnight before hundreds of thousands of pistol permits, formerly granted for life, are now facing an expiration date due to the SAFE Act at the end of the month, a crisis that has sparked outrage from some.