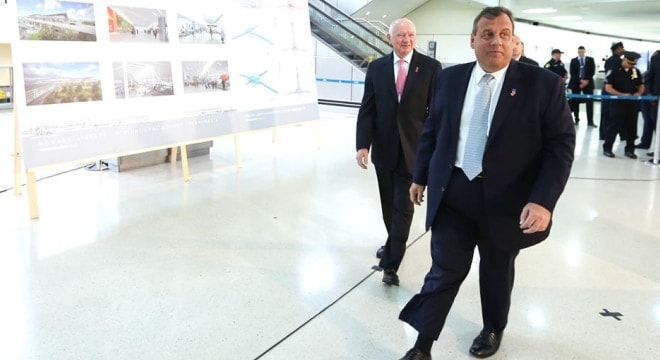 Christie had previously said he was open to more regulation on the devices, arguing, “It’s an accessory. It’s not a gun law. A bump stock is not a gun.” (Photo: Governor’s office)

New Jersey’s outgoing Gov. Chris Christie gave his approval Monday to a ban on bump stocks in the state that critics say is redundant.

The proposal, S-3477/A-5200 passed the state legislature by a unanimous vote earlier this month and establishes the crime of possessing or selling a bump stock or trigger crank in New Jersey as a felony. The lame-duck Republican reportedly signed the bill among 100 others without comment in a move to clear his desk before leaving office Tuesday.  Christie, who has repeatedly rejected gun control measures sent to him by state lawmakers, had previously said he was open to more regulation on the devices, arguing, “It’s an accessory. It’s not a gun law. A bump stock is not a gun.”

However, the Association of New Jersey Rifle and Pistol Clubs, the state’s NRA affiliate, argues the move doesn’t make anyone safer nor would it change the fact that bump stocks are already the subject of a de facto ban in the state under existing law.

“Rushing the bill during the last few days of the Christie Administration, instead of waiting until Governor-elect Phil Murphy takes office, reinforces that gun ban politicians have been frustrated by their defeats over the past eight years and are chomping at the bit to unleash a fresh torrent of attacks on gun owners and sportsmen,” the group said in a statement.

The action in New Jersey follows in the wake of similar effort taken by Massachusetts and is the second state to prohibit the devices following their use in the Harvest Route 91 shooting in Las Vegas last October.

“New Jersey’s move to take bump stocks off the streets is a win for the public safety of communities in the state,”  said Nico Bocour, state legislative director with Giffords. “With Congress dragging its feet, states like New Jersey and Massachusetts are leading the way to ensure that bump stocks don’t fall into the wrong hands.”