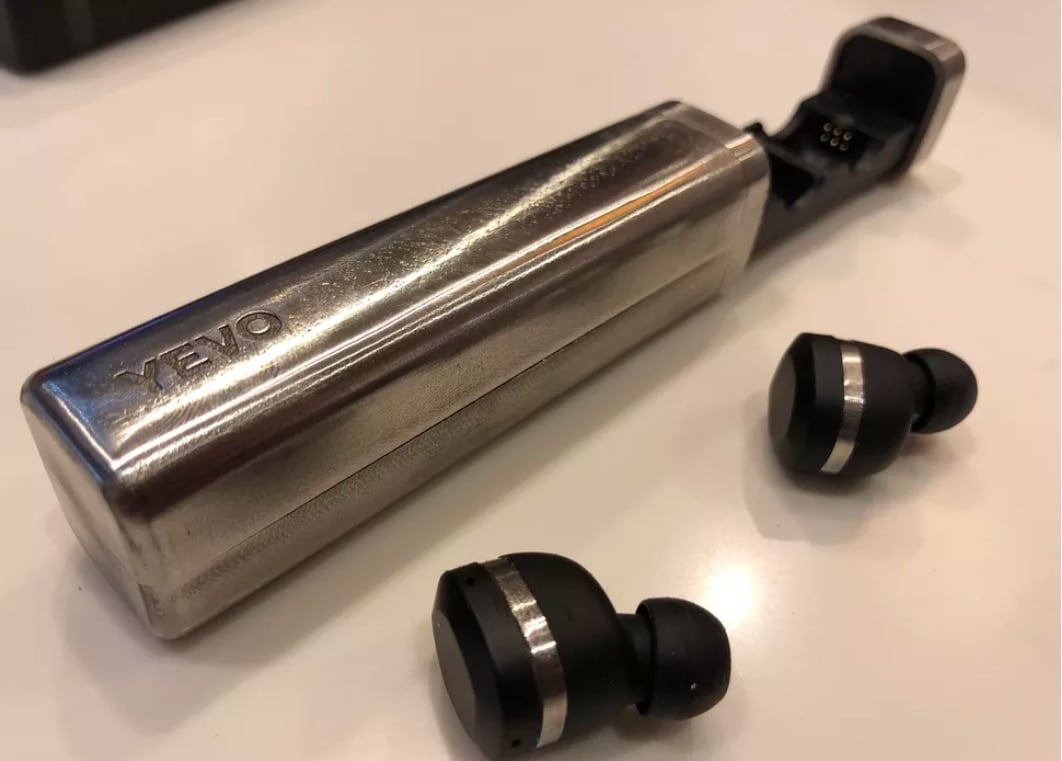 The Swedish company partnered with Humanium Metal to redesign its flagship headphones — the YEVO 1 — with accents of the former guns, including fashioning a charging case from the recycled metal.

“In a way, this is the most valuable material in the world,” Andreas Vural, YEVO’s founder and president, told CNET. “It’s a firearm that may have taken someone’s life.”

“Creating YEVO x Humanium Metal, a product that elicits change in such a positive way is the greatest reward,” Vural said. “This collaboration is bigger than headphones. It’s part of a global movement that removes illegal firearms from the streets and recycles them into a material that helps move us towards a more peaceful future, all while giving back to those affected by violent crime.”

Humanium, a partner of IM, Swedish Development Partner, harvests metal from gun destruction programs, including its first in El Salvador in 2016 that produced 1 ton of Humanium Metal for recycled use. IM operates in a dozen countries across Central America, southern Africa, the Middle East, eastern Europe and southern Asia.

“For us, it’s of great meaning to be able to work with brands who want to invest in and contribute to a brighter future,” said Josefina Rovan, head of IM’s marketing and communications department. “By using Humanium Metal in products, together we can bring awareness and sustainable values to consumers, and at the same time, generate financial support and empower the people living in countries affected by gun-violence.”

The YEVO x Humanium Metal headphones will be available online later this year for $499.