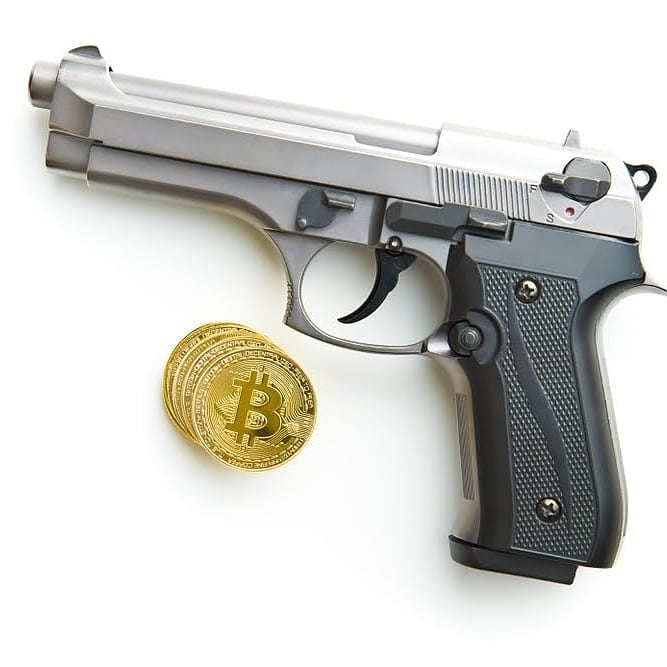 Frontier Tactical CEO Nate Love told Guns.com Tuesday a few people have used Bitcoin and Litecoin to buy smaller items from his online store since launching the currencies in December.

“I’m not sure if we are out ahead of a trend as the industry is slow to adopt new technologies,” he said, noting some gun dealers still record transactions by hand. “But I believe there is a future for cryptocurrency.”

Love said its less risky and faster to deal with as opposed to the red tape of traditional banking and plans to add other forms of currency in the future.

Investors agree. Stock prices for Bitcoin surged 2,000 percent to nearly $20,000 a share in 2017 — eight years after “miners” began collecting the virtual currency and trading it online in an anonymous system “unaffected by politics.”

Prices for Bitcoin shares dropped below $10,000 Wednesday as South Korean officials threaten to clamp down on cryptocurrencies inside the country.

“The action we’re seeing may seem dramatic but is really quite normal for this market,” Mati Greenspan, senior market analyst at eToro, told CNBC. “All in all, this drop has brought us back to the prices that were traded about a month ago for most coins.”

Frontier Tactical isn’t the first gun maker to consider Bitcoin. In 2014, TrackingPoint CEO Ken D’Arcy floated the idea of accepting cryptocurrency, but ultimately decided against it.