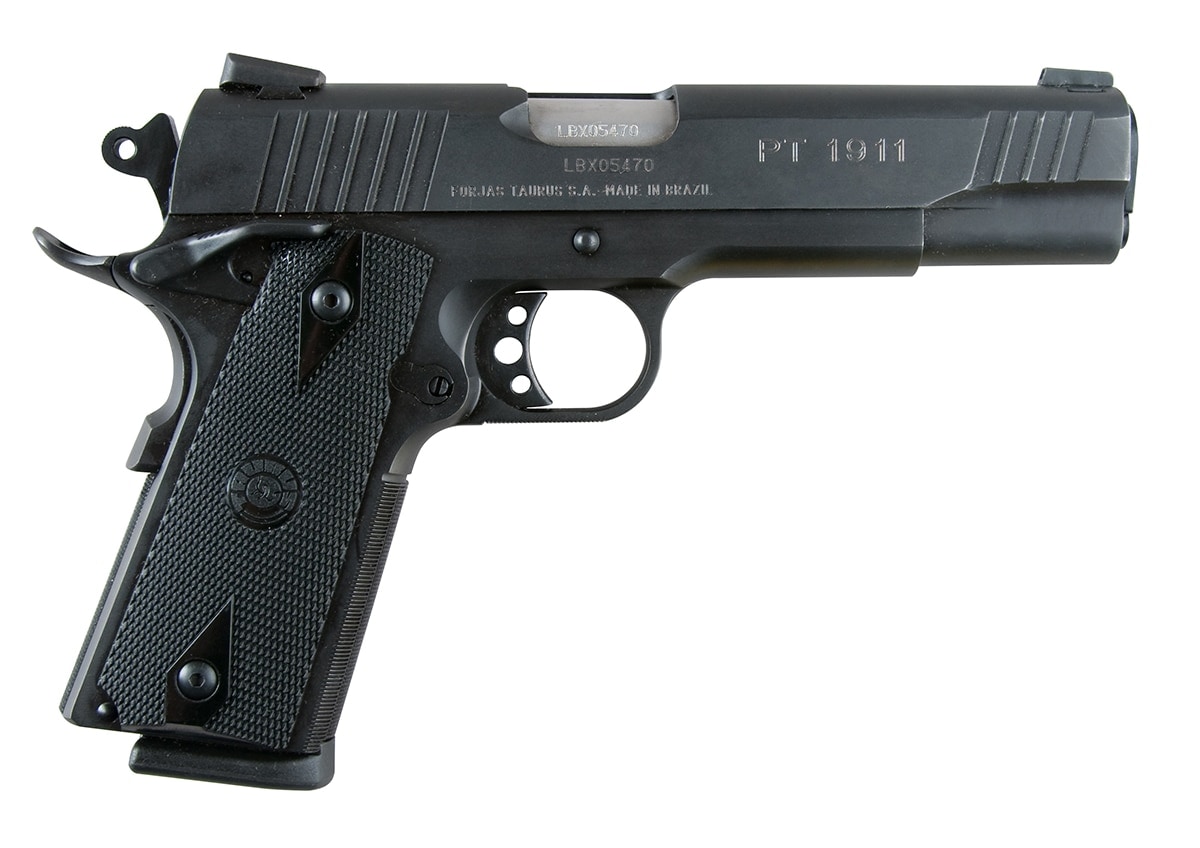 Taurus USA let slip that its 1911 series will soon see a new addition as the Florida based company incorporates a Commander size model into the 1911 lineup.

The Taurus 1911 was first launched in 2005 and the company hasn’t stopped adding to the series. The new Taurus 1911 Commander is set to continue the tradition of new goods. The Commander model is chambered in the 1911 favorite, .45 ACP, with an 8+1 round capacity. Featuring a shorter profile than traditional, full sized pistols the Commander still packs in a 4.2-inch barrel and a full size checkered grip.

Coated in a monochromatic black on black finish, the 38-ounce 1911 utilizes Novak drift adjustable front and rear sights in addition to an extended beavertail. The company says all its features add up to a comfortable carry and self defense gun that is customizable and affordable.

“Destined to become the standard that all 1911 pistols are compared against, the Taurus 1911 offers you the most accurate and feature-laden model on the market today,” Taurus said in a statement. “The Taurus 1911 is an unbeatable gun that is also an unbeatable value.”

The Taurus 1911 Commander ships with owner’s manual and two magazines, carrying a price tag of $609.