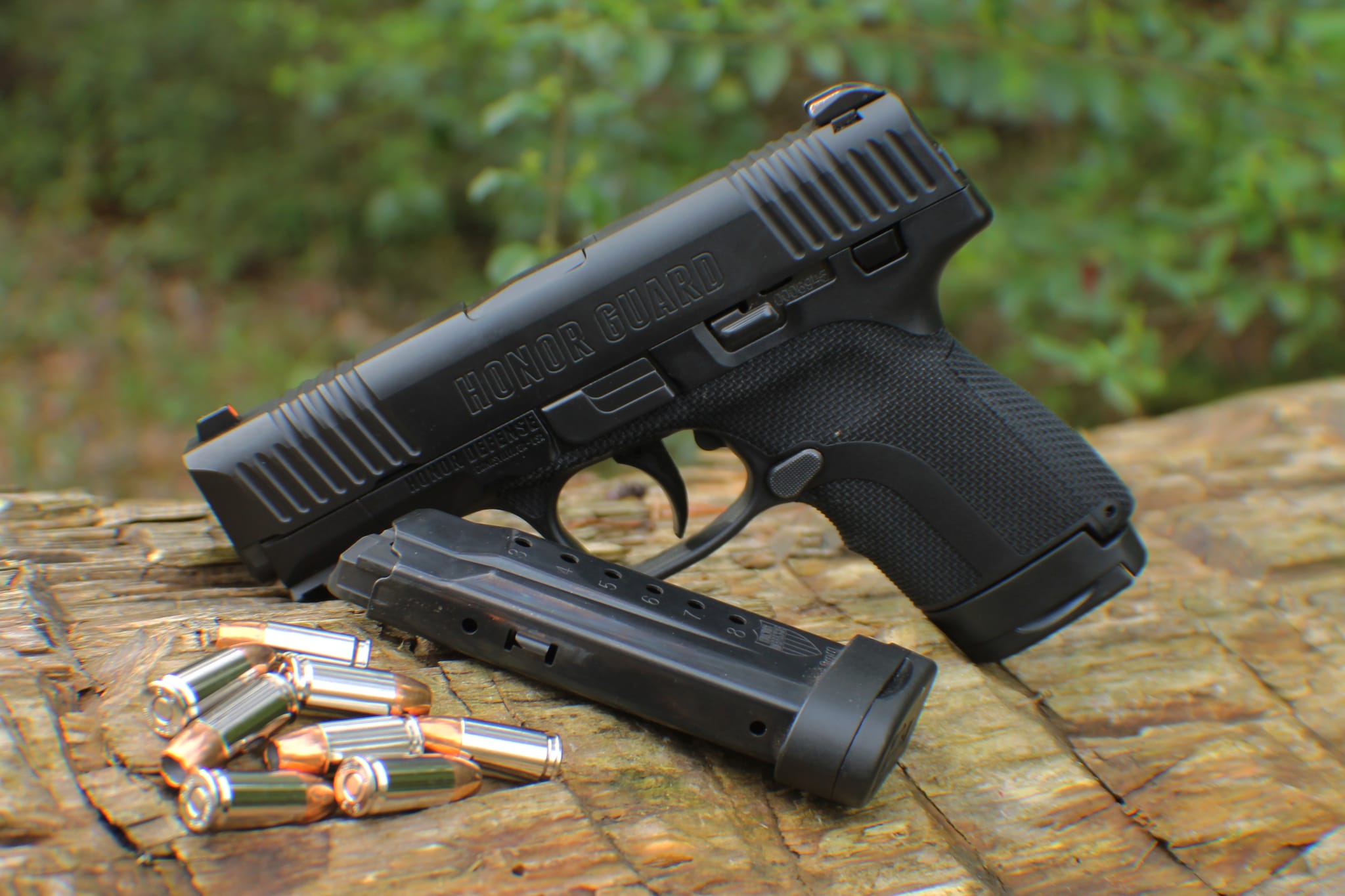 The Honor Guard will undergo a voluntary upgrade that will modify its striker housing. (Photo: Jacki Billings/Guns.com)

In response to concerns raised about its flagship pistol, Georgia-based gun maker Honor Defense announced a voluntary upgrade program for Honor Guard owners who still might be questioning the safety of the pistol.

The controversy began in December after a YouTube video showed the pistol firing after an intentional hammer strike to the rear of the slide, simulating a drop onto a hard surface. Honor Defense was made aware of the video after it went live and the company said it immediately went to work evaluating the gun’s design. Running the pistol through multiple tests conducted by independent agencies, the gun maker said its pistols continue to meet or exceed industry standards for gun safety.

Despite meeting all current regulations, the company said it will still offer a voluntary upgrade for all Honor Guard pistols. “Recent events indicate that handling an Honor Guard pistol beyond U.S.A. safety standards by dropping or striking the firearm with a hammer may cause an unintentional discharge,” Honor Defense said in a statement. “As a result, Honor Defense has developed an upgrade to the Honor Guard striker assembly (within the slide).”

Honor Defense said details on the upgrade will be featured on the company’s webpage starting Jan. 21. The company told Guns.com that consumers will be required to fill out an online form to request the modification. A shipping label will be sent to consumers and once the gun reaches Honor Defense the company will upgrade the slide unit with new striker housing parts, free of charge, before sending it back home. In addition, the company says all future pistols will be manufactured using the upgraded parts.

“This upgrade will provide increased drop performance beyond U.S.A safety standards and is available to all owners of an Honor Guard pistol,” Honor Defense said.

After the Honor Guard drop test gained steam last month, questions regarding SAAMI and industry safety regulations surfaced. At this time, there appears to be no indication that regulations will update to reflect modern handgun designs.