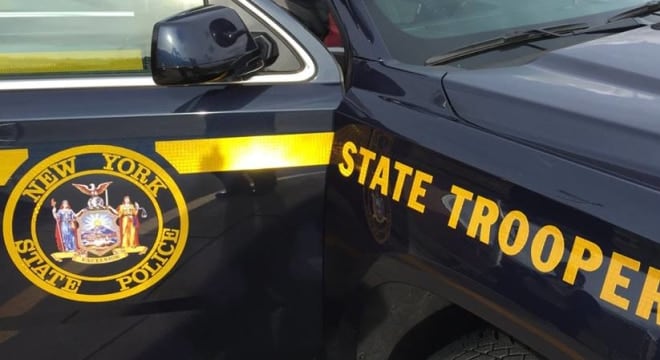 “To be clear, the State Police will not be confiscating weapons from those permit holders who fail to recertify by January 31st,” says the agency. (Photo: NYSP)

With thousands of pistol permit holders yet to re-up by the end of the month, state police say they will not take action on those who “unknowingly failed to recertify.”

As of Wednesday, authorities say that just 262,114 New Yorkers have submitted a pistol permit re-certification. However, with an estimated 1.2 million formerly lifetime permits in circulation and the SAFE Act-mandated re-certification deadline looming, officials say they are not looking to take anyone’s guns.

“To be clear, the State Police will not be confiscating weapons from those permit holders who fail to recertify by January 31st,” says a notice on the NYSP’s re-certification site. “This provision was never intended to be a ‘Gotcha’ for pistol permit holders. It was included in the law that was passed by the legislature and signed by the Governor in order to update the accuracy of both state and local records.”

The State Police say they will continue to accept re-certifications throughout 2018 as they work to update the database, but will take note of those submitted late.

While the agency points out that according to state law, failure to re-certify acts as a revocation of a permit — required in New York to possess a pistol or revolver– until they have a chance to process the backlog of re-certifications they are not taking any enforcement action against those “who have unknowingly failed to recertify.”  Many local police and sheriffs are taking the same stand.

“These people with pistol permits, they’re law-abiding people,” said Niagara County Sheriff Jim Voutour, who told local media he isn’t sending deputies out to arrest expired permit holders. “This is new to them, particularly the people who’ve had permits for many, many years.”

Others are seeking to push the deadline back, or scrap the requirement altogether. “One of the failings of the NY SAFE Act is that it turns law-abiding gun-owners into criminals overnight,” said state Sen. Fred Akshar. “Those who are caught with an outdated license on February 1st may be subject to prosecution under state law.”

State Police say 372,388 letters were sent out to pistol permit holders last year in a mass mailing advising them of the deadline and that they could re-certify either online or by mail. Many county clerks, long responsible for keeping the records, say they have seen as few as one in four with outstanding permits re-certify. Meanwhile, a federal court earlier this month upheld the Empire State’s pistol permitting requirement, dating back to the 1900s, as constitutional.