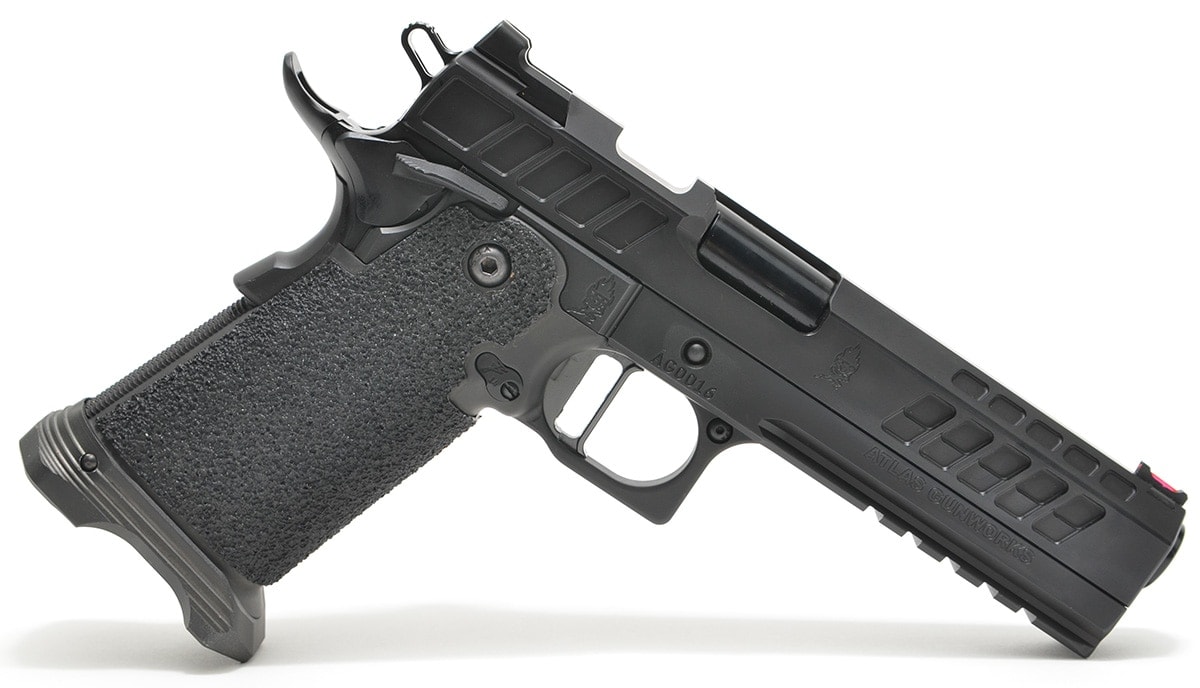 Atlas Gunworks arrives on scene with a new pistol designed for duty and self-defense, introducing the Titan Operator.

Chambered in 9mm, the Titan Operator is based on Atlas’ 2011 Titan competition pistol but with some tweaks to give it a more tactical feel. Packed with tactical style features, Atlas lists a DLC coated tri-topped slide, 5-inch KKM bull barrel, PT aluminum grip, tactical rear sight and a railed frame among the tactical upgrades on the Titan pistol.

“Atlas understands that competition guns aren’t the best choice for military, law enforcement or self-defense,” the company offered in a statement. So, when the tactical team at a west coast sheriff’s department requested 9mm Titans for duty, the Titan Operator was born.”

Consumers can expect a waiting period of just a few months, as Atlas says current ship times are sliding in under the three month mark. Though no specific pricing information has been offered, the standard Titan model comes in at $3,599.